Ahead of G7, US warns Europe not to miscalculate over Greece 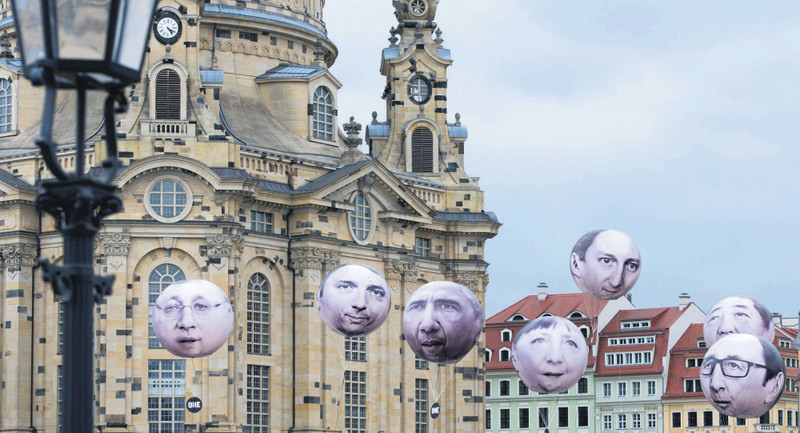 As seen as little more than a gentlemen's club in recent years, G7 finance ministers and central bankers have their work cut out this week to revive stuttering global growth and defuse tensions over China's growing economic clout

Topping the agenda for the finance chiefs from the Group of Seven industrial nations is how to keep a faltering global recovery on track as the threat of a Greek default, rising oil prices and bond market turmoil fuel investor nervousness. The United States is likely to use the talks, beginning late on Wednesday and running through to Friday, to press Europe to reach a funding-for-reforms deal with Greece. U.S. Treasury Secretary Jack Lew said he feared a miscalculation could lead to a new crisis which could have consequences for the wider world and said Greece's creditors may have to give some ground if its leaders took "the kinds of tough steps that they need to take". "The challenge for the Europeans, the political and economic institutions -- the IMF -- is to show enough flexibility," Lew said at the London School of Economics, prior to flying to Dresden. That message has already been delivered in private.

"The Americans are stressing the geopolitical risks and telling us we have to find a solution, that we cannot really put the euro area and Europe at risk because of Greece," one official close to the discussions said.

Hosts Germany have given the meeting in Dresden the heading "Towards a Dynamic Global Economy", but they and officials from the United States, Japan, Canada, France, Italy and Britain must also grapple with the rise of a power not even present: China. German Finance Minister Wolfgang Schaeuble told Reuters last week that officials could talk informally about the increased importance of the Chinese yuan. The inclusion of the yuan in the International Monetary Fund's currency basket would mark another stage in China's rise as a global economic player, requiring the United States to accept a dilution of its power in international finance.

Having ignored U.S. urgings not to sign up to a China-led development bank, European G7 members have signalled an openness to add the yuan to the basket of currencies which makes up the IMF's Special Drawing Rights (SDR) -- a virtual currency that is used for lending to countries in financial difficulty. The United States and Japan are more cautious. Including the yuan in the basket would increase China's influence at the IMF, an institution Washington was instrumental in designing and through which it has projected 'soft power' for the last 70 years.

The IMF said on Tuesday that the yuan, also known as the renminbi, was no longer undervalued after its recent gains, but Beijing should quicken progress to a floating exchange rate. Lew said it was too early to say if China had permanently changed its ways, and that the IMF may be unable to reach a decision this year and add the yuan to its internal currency. "The standard has to be what will they do when there's pressure on the (yuan). For competitive purposes, will they continue to refrain from intervention. And ... are they truly committed to having a market-determined exchange rate?" he said. While the Europeans are vying for commercial advantage in the world's second biggest economy, Washington sees Beijing as a strategic challenger that may not feel bound by rules written by the West.

Greece, which is scrambling to strike a deal with its international lenders before an IMF loan falls due on June 5, poses a more pressing problem. Greek officials have said there may not be enough money to meet a series of June bills to the IMF totalling 1.6 billion euros without outside help -- raising the prospect of default. "The notion that the risk is completely contained, that there's no contagion, I think that it's a mistake to think that a failure is of no consequence outside of Greece. We don't know the exact scope," Lew said. The U.S. finance chief added that weak first quarter growth in the world's largest economy had been an anomaly and that he expected the second half of the year to be stronger.