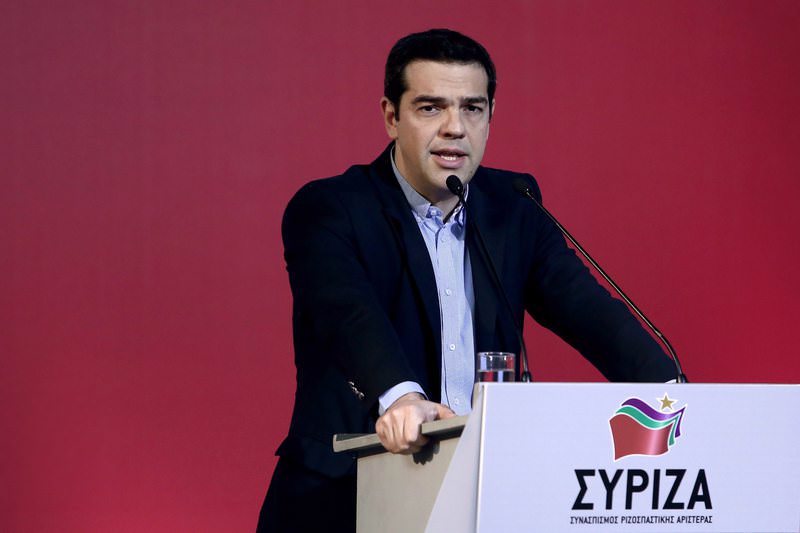 The announcement of the talks by Alexis Tsipras' office early Wednesday came hours after Athens submitted its ideas for a compromise, in the hope of getting desperately needed rescue money. But its creditors were quick to respond that much work remained to be done.

No details on the 47-page proposal have been made public. Tsipras said Tuesday his government had made compromises in the negotiations, and that it was now up to the leaders of Europe, who are Greece's main creditors, to accept a deal or risk potentially disastrous consequences for the region.

Without the rescue loans, Greece could default on its debts this month and eventually even drop out of Europe's currency bloc, a step that would push Europe and the global economy into uncharted territory.

"It is now clear that the decision for whether they want to adapt to realism and emerge from the crisis without the division of Europe ... belongs to the political leadership of Europe," Tsipras said.

Greece and its creditors have been in a standoff for four months over what and how deep the country's reforms should be. Once they agree, creditors will unlock the 7.2 billion euros worth of loans remaining in its current bailout program.

The bailout was due to have ended earlier this year but was extended until the end of June. If there is no deal by the end of the month and the bailout expires, those funds will no longer be available for Greece.

That same night, the leaders of Germany, France, the IMF, ECB and Juncker held an emergency meeting about Greece in Berlin.

But the country's creditors appeared underwhelmed by the latest proposal.

"We are nowhere near far enough," said Dutch Finance Minister Jeroen Dijsselbloem, who heads the eurozone finance ministers' meetings known as the eurogroup and who had been kept up to date on Monday's Berlin meeting.

"Time is pressing," Dijsselbloem told Dutch network RTL. "But, to be honest, we've been saying that for three months. So far, Greece has been able to make its repayments; that is getting harder."

Greece must repay a total of about 1.6 billion euros ($1.8 billion) to the IMF this month, with the first installment of just over 300 million euros due Friday.

It is unclear whether the country can find the cash to make Friday's payment, though it says it intends to.

Dijsselbloem said it was almost impossible to reach a deal that would unlock the 7.2 billion euros in time for Friday.

"That is practically already ruled out," he said, noting that any agreement would have to be approved by eurozone finance ministers and Athens would need to start implementing the measures before money can be disbursed.

Greece has survived without rescue loans since last summer. As cash ran out in recent weeks, it managed to repay its debts by scraping together reserves from state enterprises, including embassies abroad, hospitals and schools.

There have been suggestions Greece could seek to bundle all repayments due to the IMF this month into one payment on June 30 an option permitted under IMF rules but rarely used. Taking that route could buy more time to secure a deal with creditors, although Athens has not publicly indicated it is considering it.

Greece's administrative reform minister, Giorgos Katrougalos, said the government intended to honor its debt commitments, and that he expected Greece and its creditors to reach an agreement soon.

"I think that we can have an agreement by the end of the week," Katrougalos told the AP in an interview.

He said Greece's creditors were preparing a counterproposal to Greece's plan.

Regarding the IMF payment due Friday, Katrougalos said there was "no question of our not meeting our obligations, because it is our political decision to do so."

Tsipras' radical left Syriza party won elections in January on promises of repealing the deeply resented budget austerity measures that accompanied its bailout, although it has already had to roll back on some of its initial pledges.

Tsipras said Greece had made concessions in its latest proposal but Dijsselbloem countered that this wasn't a case of give and take.

While it was possible to discuss what types of reforms Greece makes, he said, their net impact on public finances was non-negotiable.

"It is a misunderstanding that we have to meet one another half way. That is not our intention," he said.

Some hardliners within Syriza have suggested Greece not repay debts if the country's creditors don't back down from the issues the government considers its red lines namely cuts to salaries and pensions.
Last Update: Jun 03, 2015 1:00 am
RELATED TOPICS