Greek uncertainty acting as ‘brake on growth' in eurozone 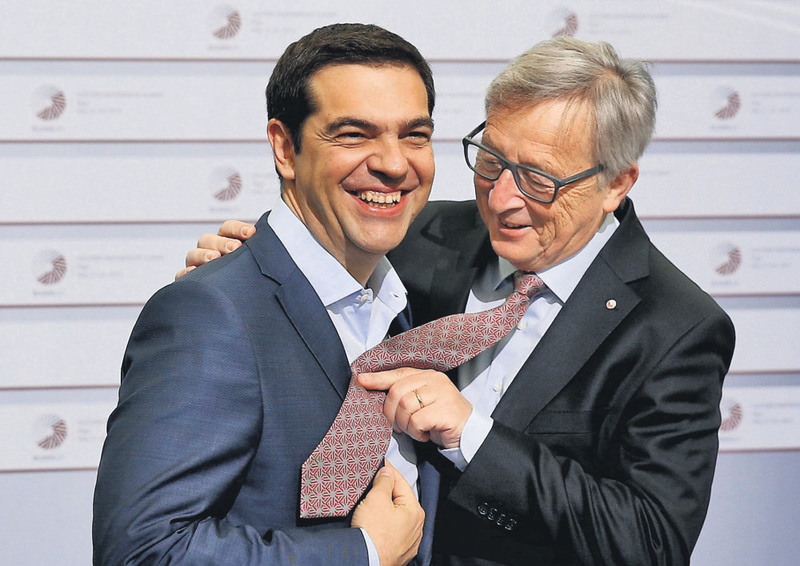 Uncertainty over Greece is weighing on the eurozone economy, a closely-watched survey found yesterday, as the clock was ticking on the country's efforts to avoid bankruptcy.

With Greek Prime Minister Alexis Tsipras headed to Brussels for talks with European officials over how to end the standoff over the country's bailout, financial information company Markit said concerns over Greece are acting as "a brake on growth."

The firm's purchasing managers' index, a broad gauge of business activity, for May fell to a 3-month low of 53.6 points from 53.9 the month before.

Tsipras was due in Brussels late yesterday to meet Jean-Claude Juncker, the head of the European Union's executive branch, to discuss the latest proposals over Greece's bailout. Without a deal that would release remaining bailout funds, Greece faces bankruptcy and a possible exit from the euro, a development that could roil the 19-country eurozone. Time is running out. The country has to make a payment of just over 300 million euros ($333 million) to the ınternational Monetary Fund tomorrow. "Any escalation of the Greek crisis could rapidly derail the recovery," said Markit's chief economist Chris Williamson.

Over the past few months, the eurozone economy has shown signs of gaining momentum despite Greece. The fall in oil prices has acted as a tax cut for many consumers, while the lower euro has made the region's exports more competitive in international markets. Less stringent budgetary policies across the eurozone have also helped shore up growth as has the European Central Bank's 1.1 trillion-euro recently launched stimulus program.

Markit's survey showed that the rates of growth in both output and new business slowed to three-month lows in May even though employment levels continued to improve, with headcounts rising at the fastest pace in four years. "The eurozone recovery lost some of the wind from its sails in May," said Williamson.

Despite a modest deceleration in Spain's pace of growth, Markit said the country was the best-performing major eurozone economy. Elsewhere, it found Italy and Germany also had softer growth in output but France picking up.

Spain's economic healing is evident in unemployment figures. Eurostat, the EU's statistics agency, said another 50,000 or so people left the ranks of the unemployed in April, helping the country's unemployment rate drop 0.2 percentage points to 22.7 percent. Though that's still an uncomfortably high figure, it's down from 24.9 percent a year ago. Overall, Eurostat found unemployment across the eurozone fell by 130,000 in April, pushing the jobless rate down to 11.1 percent from 11.2 percent.

A sustained easing in unemployment over recent months has helped buoy consumers as has the fall in oil prices. A separate Eurostat report Wednesday showed retail sales rose 0.7 percent in April from the month before. The increase more than makes up for the 0.6 percent fall in March, and means that retail sales have risen for five out of the last six months.
RELATED TOPICS