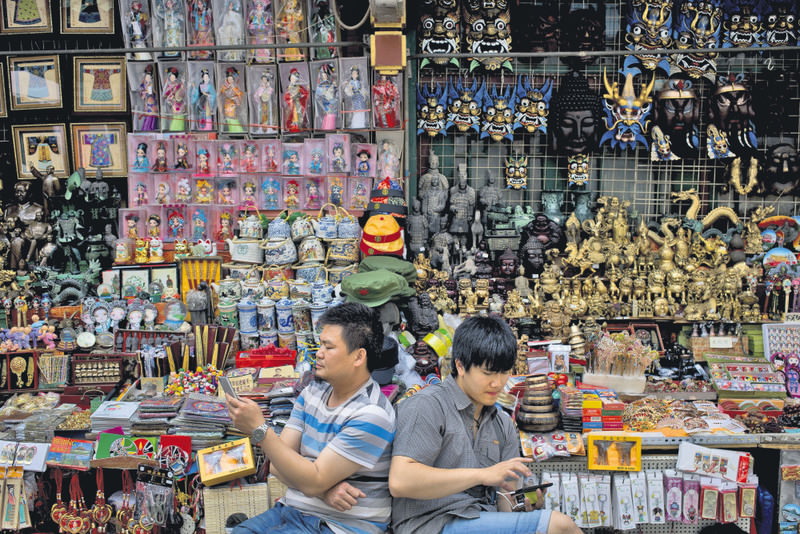 by Jun 04, 2015 12:00 am
The Organisation for Economic Cooperation and Development (OECD) yesterday sharply lowered its global growth forecasts for 2015 and 2016, dragged down partly by a "transitory" shortfall in US performance and by businesses and governments skimping on investment."Global growth is projected to strengthen in the course of 2015 and 2016, but will remain modest relative to the pre-crisis period," the OECD said.

It predicted the world economy would grow at a rate of 3.1 percent this year, down from the 4.0 percent increase it projected in March. The growth forecast for next year has been revised downward half a percentage point, from 4.3 to 3.8 percent, with an expectation that the world economy "will strengthen gradually to approach its past (pre-crisis) average pace by late 2016." The OECD, a policy analysis body grouping 34 advanced economies, slashed its outlook for the United States from 3.1 and 3.0 percent to 2.0 and 2.8 percent for this year and next. The OECD also cut its estimates on Turkey's GDP growth to 3.1 percent from 3.2 percent in 2015 and to 3.9 percent from 4.0 percent in 2016. The Paris-based think-tank said the stronger dollar and a brutal North American winter -- which it said caused "transitory disruptions" -- put a brake on growth in the first quarter of 2015, while predicting: "Activity should regain steam, with aggregate demand propelled by continued employment gains, wealth effects from rising asset prices, and the boost to purchasing power from lower oil prices."

China, too, will grow more slowly than the OECD predicted in March, by two-tenths of a percentage point lower in both years, at 6.8 percent and 6.7 percent in 2015 and 2016. "Consumption will remain robust" in China, where growth will also be spurred by stepped-up infrastructure investment, it said.

The knock-on effects have included continuing job insecurity, sluggish development in emerging economies and "rising inequality nearly everywhere", the report said. However, the OECD said it expected growth "to be shared more evenly across regions of the world" in the coming period. Its outlook for the eurozone was unchanged for this year and slightly rosier for 2016, at 2.1 percent from 2.0 percent thanks to lower oil prices, the weak euro, better financial conditions and fresh stimulus spending.

Among global risk factors it cited were new drops in oil prices; failure to reach a "satisfactory" deal between Greece and its creditors; a "hard landing" in China; and a "disorderly exit" from Washington's zero interest rate policy. It said it expected oil prices to "stabilize above current levels" but well below the $110 per barrel average of the three years preceding last year's precipitous drop.
Last Update: Jun 05, 2015 1:43 am
RELATED TOPICS