Businesses hit the wall as Greece lurches towards default 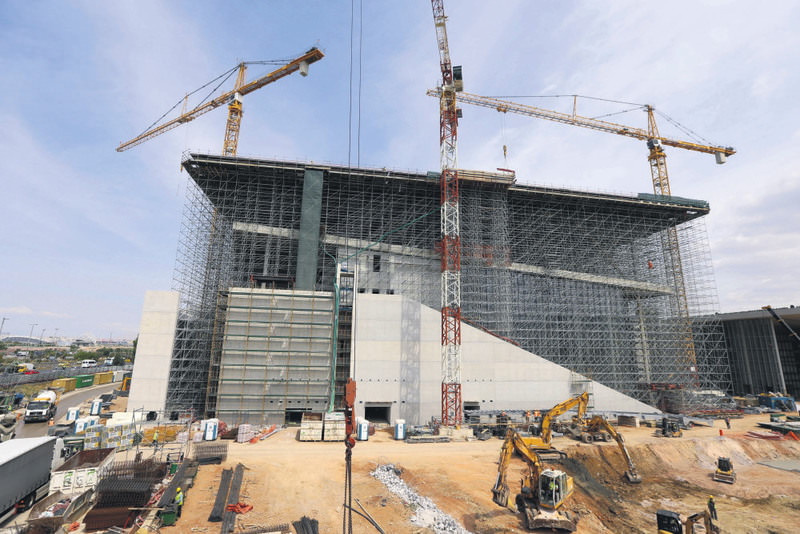 by Jun 10, 2015 12:00 am
When construction of four 6.5 billion euro toll roads across Greece resumed last year, Greek and foreign businesses rejoiced. The motorways, largely funded by the European Union and built by companies including Germany's Hochtief, France's Vinci and Greek firms Ellaktor and GEK Terna, had been halted in 2010. Last year, work resumed after the Greek government paid part of a fine to contractors for the four-year delay.

Now, work has slowed once more. With aid from its bailout programme frozen, the government has used its last cash to pay public sector wages and pensions, and service debt. That has left it without 230 million euros it needs to contribute its part of the financing for the road. The hole has put the entire project at risk again, one of many business ventures suffering amid the uncertainty of four months of negotiations between Athens and its international creditors.

"As a country, we need to move as quickly as possible to strike a deal that will resolve issues being faced by big and small (infrastructure) projects," says George Sirianos, head of the association for big Greek construction firms. Paul Arnaoutis, whose firm sells imported medical supplies to Greek hospitals, has been waiting four months to be paid 1.3 million euros the state owes, nearly as much as his company's entire 2014 sales of 1.7 million. Until last year, his Chinese suppliers gave credit for 30-60 days. Now they are demanding cash up front because of the risk of doing business with Greece. He fears a doomsday scenario in which the government quits the euro and pays its bills with IOUs, which foreign suppliers will not accept. "If there is no deal and the government decided to take Greece out of the euro, all Greek importers would be ruined."

Meanwhile, his company is expected to pay tax on 335,000 euros in reported profit from last year, even though it still hasn't received most of the money for the sales: "The profit is virtual".

Prime Minister Alexis Tsipras came to power this year promising to boost the economy by reversing years of wage reductions and other cost cutting that contributed to one of the biggest depressions in modern times. He still hopes to agree a deal that would keep aid flowing and avert a default by the end of this month. But even if a deal is clinched and Greece survives as a euro zone member, many companies are so battered by the cancellation of contracts, delays in state payments and the steady outflow of bank deposits that they will struggle to make up for losses. According to Greece's retailers association, about 59 businesses close down and some 613 jobs are being lost each day. It says about 95 percent of businesses' applications for loans are being rejected by commercial banks. Many small and medium-sized firms have stopped even asking banks for credit.

Last year, as Greece neared the end of its 240 billion euro bailout and fixed its finances, the economy emerged from a six-year recession. Many companies saw their sales stabilising for the first time, helped by revived domestic demand. After shrinking by about a quarter since 2008, gross domestic output rose by 0.7 percent in 2014. But the recovery started fading late last year after then-Prime Minister Antonis Samaras pushed forward a presidential vote that ultimately triggered early elections and brought Tsipras's leftist government to power.

Greek banks have since seen deposit outflows soar due to the uncertainty. Running out of cash, the state began to hold off on overdue payments to suppliers, adding to a liquidity squeeze.

The biggest contribution to renewed economic activity would come from getting infrastructure projects back up and running, economists and business people say. Greece risks losing EU co-financing earmarked for smaller infrastructure projects as part of a 2007-2013 EU funding programme unless it finds its share of cash for the projects by the end of the year, Sirianos from the Greek construction firms' association said. "The (EU funding) programme expires this year and any delay in tapping those funds should be addressed in one way or another," he said. "If the state doesn't pay its contribution to [infrastructure projects]... contractors, particularly the small ones, cannot fund the Greek economy's growth."