Turkey grew by 2.3 percent in the first quarter, above forecasts 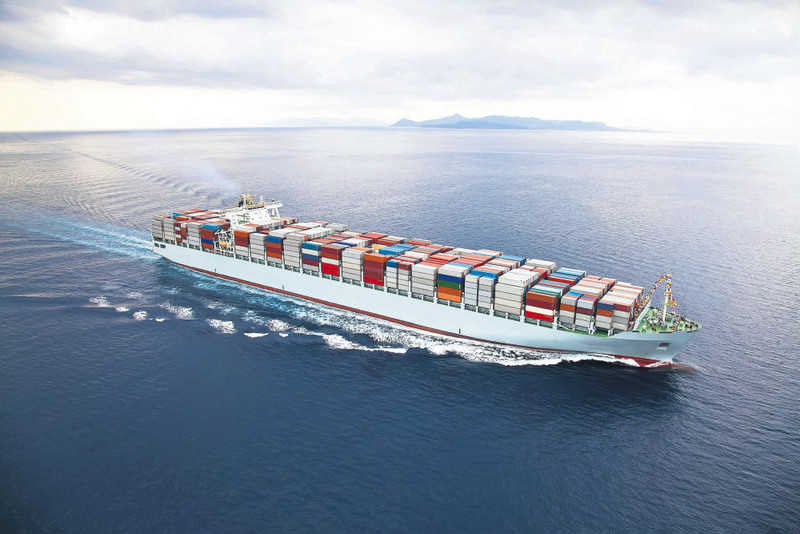 Despite falling exports, Turkey's growth was 2.3 percent in the first quarter, above expectations.
by Şeyma Eraz Jun 10, 2015 12:00 am

Household consumption was a main driver of the country's 2.3 percent growth during the first quarter. However, experts are pessimistic about the upcoming quarters while also questioning political stability

Turkey's Gross Domestic Product (GDP) has increased by 2.3 percent at constant prices in the first quarter of 2015 compared to the same period the previous year. According to data released by the Turkish Statistical Institute (Turkstat) yesterday, GDP reached 30.9 billion Turkish liras ($11.4 billion) at constant prices. The growth rate was realized above forecasts. Some polls conducted by different media organs were announced, estimating a rate around 1.6 percent.

On the other hand, at current prices, GDP jumped 7.8 percent in the first quarter, the statement said. Current prices include price rises from last year in calculating growth. Turkstat also stated that GDP also increased by 1.3 percent from the previous quarter.

Household final consumption was a main driver of the growth in the first quarter, which is unusual, since in the previous quarters, exports usually led growth. Household final consumption expenditure increased by 4.5 percent and reached 20.9 billion Turkish liras ($7.74 billion) at constant prices in the first quarter of 2015 compared with the same quarter the previous year.

Speaking to Daily Sabah, economist Burak Arzova stated that consumer spending had made an almost 70-percent contribution to the growth rate, while government spending almost remained the same. "It is interesting to see that people were willing to spend more, although their income stood still," said Arzova. On the other hand, he was pessimistic about the following quarters.

According to data released by the Turkish Exporters' Assembly (TİM), Turkey's exports decreased 19 percent to $10.8 billion in May 2015 compared to the same month in 2014. The decrease in the amount of exports has largely been affected by the automotive workers' strike that contributed to a four-point decrease in total exports. Yesterday's report also showed that exports decreased by 0.3 percent year-on-year in the same period to 7.8 billion Turkish liras ($2.9 billion) at constant prices in the first quarter of 2015.

Industry production would decrease as a result of the strikes, which have already pushed exports down, according to Arzova. "Consumer spending will decrease and exports show low figures already. I estimate that the growth rate will be lower in the second and third quarters," said Arzova. Turkey's single-party government has ended after 13 years according to the result of Sunday's election. Arzova underlined that the election results were not expected by the markets and added that the IMF would decrease its growth forecast for Turkey for the second time, which is 3 percent for the end of the year.

Deputy Prime Minister and economy tsar, Ali Babacan noted that despite the fluctuations in financial markets, Turkey will continue to grow above expected. In his written announcement released yesterday, he noted that despite the negative foreign economic conditions and market fluctuations, Turkey' economy has been growing over the last 22 quarters thanks to a sound macroeconomic framework, strong public finance and a healthy banking system. The announcement further read: "In the coming period, foreign demand can also contribute to growth."

Babacan further underlined that the increase in employment also continues as 577,000 more jobs have been offered to employees compared to the first quarter of 2014, and the additional employment created since 2009 has reached 6.37 million. While underlining total domestic demand, which increased by 3.2 percent in the first quarter of 2015, Babacan stated that weak foreign demand is restricting growth. Foreign demand's contribution to growth had decreased in the first quarter due to the decline in global crude oil prices, which especially affects the economies of the crude oil exporter partners of Turkey, along with geopolitical problems.

With 2.3 percent growth within the first quarter, Turkey was one of the 15 fastest-growing countries in the world. While India, with 7.5 percent had the highest growth rate in the first quarter of 2015, China with 7 percent and Malaysia with 5.6 percent followed.

Finance Minister Mehmet Şimşek commented on the first quarter's growth figures from his Twitter account, and noted that despite the recession in Europe, financial fluctuations and political uncertainties, 2.3 percent growth is still a good achievement and that growth is expected to increase in the second quarter. Şimşek also underlined that while the Turkish economy is based on solid ground, political instability should not last long.
Last Update: Jun 10, 2015 10:23 pm
RELATED TOPICS