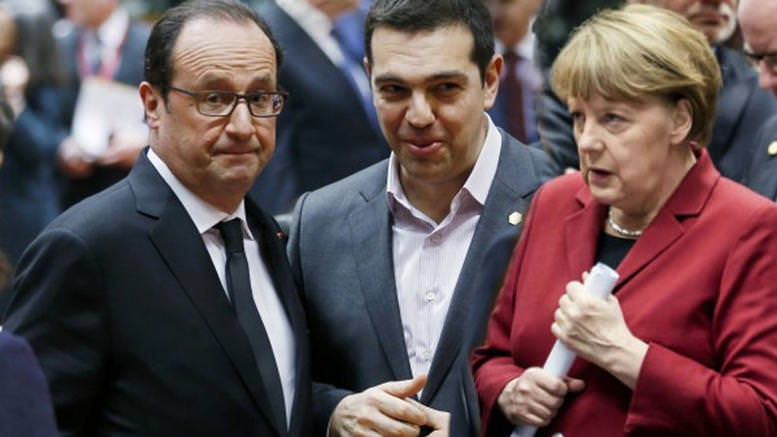 by Daily Sabah with Wires Jun 11, 2015 12:00 am
The leaders of Germany and France agreed with Greek Prime Minister Alexis Tsipras on Wednesday that negotiations between Greece and its international creditors must be intensified to reach a deal to avert a Greek default.

A German government spokesman said after Chancellor Angela Merkel and President Francois Hollande reviewed the state of the talks with Tsipras on the sidelines of an EU summit in Brussels that the meeting took place in a constructive atmosphere.

"It was agreed unanimously that the talks between the Greek government and the institutions (IMF, European Commission and European Central Bank) should be pursued with great intensity," the spokesman said in a statement.

Tsipras left the building without commenting. The talks have been deadlocked over Greece's rejection of the creditors' demands for cuts in pensions and unpopular labour market reforms as conditions for releasing frozen bailout funds.
Last Update: Jun 11, 2015 1:37 am
RELATED TOPICS