Asia is in focus of Turkey's foreign investment hunter 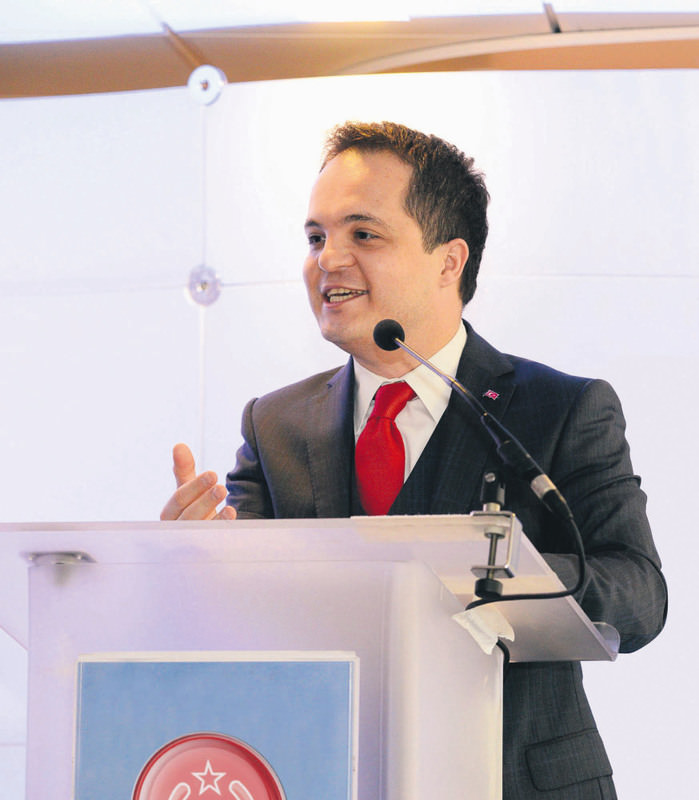 by Barış Ergin Jun 17, 2015 12:00 am
Investment Support and Promotion Agency of Turkey (ISPAT) head Arda Ermut claimed that the foreign investors' perception toward stability following the general elections has not changed. Ermut said that they are currently watching 191 projects, totaling $17.3 billion of investment volume, and the largest project under surveillance is about $1.2 billion in size. Answering questions at the World Association of Investment Promotion Agencies (WAIPA) World Investment Conference held in Milan, Ermut said that Turkey has seen a 1.5 percent increase in foreign direct investment (FDI) while global markets experienced an 8 percent decline in FDI. Ermut said that the FDI for the first quarter of 2015 was $4.03 billion and they were aiming for a similar level of performance in 2014. Ermut also said that they are to announce three or four projects during the year.Prioritizing Asia

Highlighting that FDI in Turkey includes $2.9 billion worth of capital investments and $1 billion worth of real estate investments, Ermut said they are observing a shift in the outline of the projects. According to ISPAT, the new projects are mostly based in Asia. European-based projects barely outnumber Asia-based projects 36 to 35, the recent surge of Asia-based projects closed the gap. In terms of volume of investment, Asia now holds a greater share with 43 percent while the EU's share is only 19 percent. Ermut said that European firms approach them with projects of smaller scales compared to Asian companies, however these are mostly technology intensive and of greater added value. Ermut continued by expressing that they will take serious steps toward attracting investors from Asia, and they are following projects based in Japan, India, Singapore and Malaysia. Ermut said a special attention for China, and that they will hold roadshows there.

Turkey takes up the presidency of WAIPA second time

Turkey became the president of the WAIPA for the second time, which has 170 investment agency members in 130 countries around the world. When Turkey first became the president of WAIPA in 2013, İlker Aycı was the head of the ISPAT. This time, ISPAT's new president, Arda Ermut, also became the president of WAIPA. The main issues negotiated in the conference included the importance and necessity of cross-border investments, the contributions of FDI to production and human capital and clean and renewable energy resources. A vote session was held among member countries in the conference in order to establish the WAIPA presidency and board of directors. Azerbaijan's and Italy's investment agencies became vice presidents of ISPAT in the new term.

Some apply to the agency for a Turkish submarine project

There are many Turkish companies coming to ISPAT to look for foreign partners, Ermut said, adding: "However, many don't come with serious projects. Nearly 100 to 150 companies come to the agency every year. Sometimes we face very interesting demands. Some say, 'I have land over there. Find someone for it.' But they don't know what they want. Also some come to the agency claiming that they made a Turkish submarine."

Ermut said that the share of the services sector was around 70 percent in FDI in the past years but this structure became healthier between 2011 and 2015. "The share of manufacture and energy sectors increased to 51 percent today. The share of service sector, on the other hand, is around 49 percent," Ermut said.
Last Update: Jun 17, 2015 10:17 pm
RELATED TOPICS