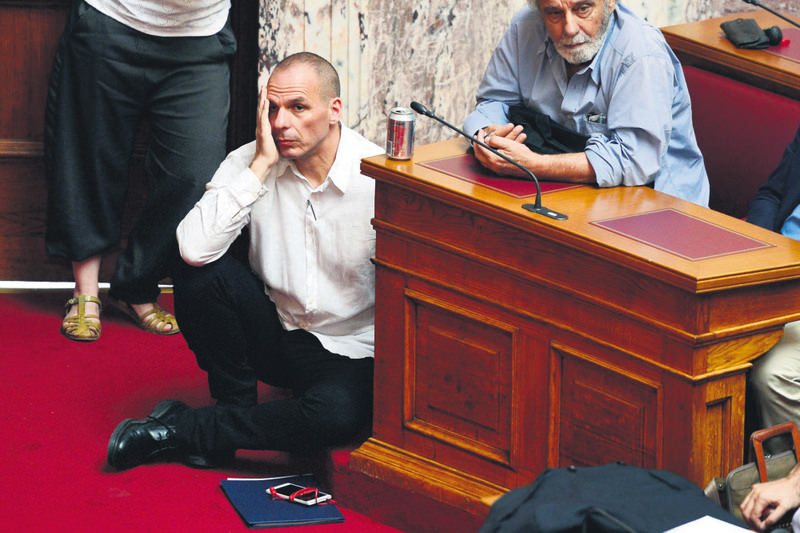 Greek PM Tsipras said his government wants an honorable compromise instead of its creditors' incomprehensible offers like slashing pensions. The Bank of Greece warned a ‘Grexit' may cause dramatic economic consequences

Greek Prime Minister Alexis Tsipras says demands by the country's rescue lenders to slash pensions are "incomprehensible" and warned that a failure in bailout talks would hurt all of Europe. His comments were made as the country's central bank warned of "dramatic" economic consequences of not reaching a deal this week, and a day before a meeting of eurozone finance ministers.Creditors had until last week pegged today's meeting as a key date by which a breakthrough in the talks would have to be reached. Those expectations have faded this week, however, as both sides remain at odds over what reforms Greece should make to get more loans. Concerns are growing that a deal might not be reached before June 30, when Greece's bailout program expires and the country is scheduled to make a 1.6 billion euro ($1.8 billion) debt repayment to the International Monetary Fund.

"If Europe insists in this incomprehensible option if its political leadership insists then they must bear the cost of developments that will not be beneficial for anyone on Europe," Tsipras said after meeting yesterday with Austrian Chancellor Werner Faymann. "The Greek government does not wish this. It wants an honorable compromise."

Tsipras' five-month-old left-wing government wants new terms for its bailout program after previous administrations imposed draconian spending cuts and tax increases for five years. Those austerity measures helped reduce the public deficit but ravaged the economy and made most Greeks poorer. Faymann said a deal would likely involve a further extension of the current bailout program, adding that he did not personally support any further "cross-the-board" pay cuts.

Greece has officially fallen back into a mild recession and market concerns are growing about a default. That is evident in a rise in its sovereign borrowing rates the interest rate on the country's 2-year bond surged Wednesday to above 30 percent. Issuing its annual report, Greece's central bank warned that the country would face an exit from the euro bloc and even the European Union if it fails to reach a deal with bailout creditors.

The Bank of Greece said that Greeks would face a "deep recession (and) a dramatic decline in income levels" without an agreement. "Failure to reach an agreement would ... mark the beginning of a painful course that would lead initially to a Greek default and ultimately to the country's exit from the euro area and most likely from the European Union," the central bank statement said.

U.K. Prime Minister David Cameron's spokesman declared that the British government is preparing for a possible Greece exit from the eurozone. The spokesman said that the British government has accelerated the preparations for the possibility of Greece leaving the eurozone and that they have been calculating the effect of such a possibility on the banking, financing and tourism sectors.
Last Update: Jun 17, 2015 11:40 pm
RELATED TOPICS