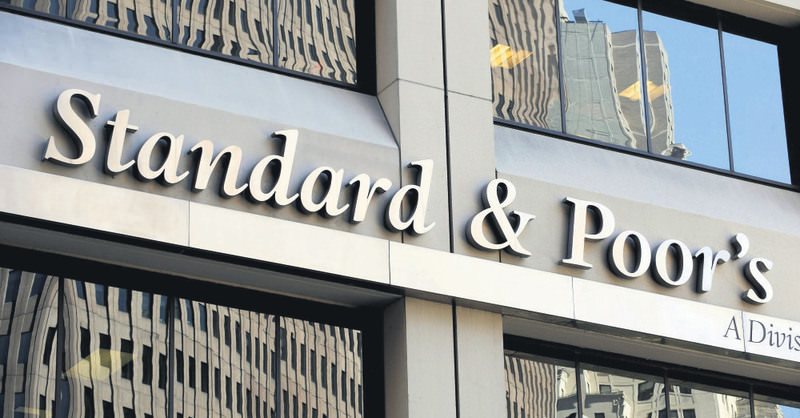 Standard & Poor's joined other international credit agencies who have warned Turkey about political uncertainty. The agency said there will be economic consequences if the situation is not solved by the end of the year

U.S.-based international credit rating agency Standard & Poor's (S&P) said yesterday that the political uncertainty in Turkey will not end until the end of the year if early elections are held, which may also postpone further investment and hinder potential growth.

"As we understand it, if a government is not formed within 45 days of the speaker's appointment, early elections would likely be held in November this year. Under such scenario, we believe political uncertainty would remain heightened until the end of the year, which could potentially hamper growth if business investments are postponed. Further volatility of the Turkish lira, which has already depreciated 2.8 percent against the dollar since the elections, could have implications for consumer confidence and inflation," S&P said in a statement.

S&P's evaluation of Turkey's credit score in the aftermath of the elections also included the feasible government formations and their possible policies. Stressing that none of the political parties were able to form a single-party government after the elections, which was held on June 7, S&P claimed a coalition by the Republican People's Party (CHP), Nationalist Movement Party (MHP) and Peoples' Democratic Party (HDP) is unlikely considering the ideological conflicts the parties have experienced in the past. If the Justice and Development Party (AK Party), which holds the most seats in Parliament, is unable to form a coalition, the CHP would be given the duty to form a government by President Recep Tayyip Erdoğan. If the CHP fails to form the government as well, a call for early elections could be made, the report said. The AK Party received 40.8 percent of the vote in the June 7 election, with the CHP following at 24.9 percent. The report also included opinions on the effects of the election results on economic stability and policy making.

S&P expects political uncertainty to remain for the next few months. If a coalition is formed in time, it would be a positive sign for economic stability, according to S&P, however the outlook on policies is bound by how the Council of Ministers is formed. S&P also indicated that Turkey's current account deficit was regarded as the most fragile among developing countries that were evaluated. As such, the credit rating agency warned they would consider a credit score reduction in case of developments undermining fiscal performance and deviation from expectations regarding debt dynamics.

Last week, international credit rating agency Fitch also said that if political uncertainty lasts for long, there will be tension over economic policies, which will create risks for Turkish banks. According to the scenario based on Fitch's report, while the deterioration in the operating environment will be moderate, banks have capital and liquidity buffers to absorb mild shocks. Fitch noted that although the banking sector's core and total capital ratios were a sound 12.9 percent and 15.1 percent, respectively, by the end of April, their ratios might have fallen since then due to the depreciation of the Turkish lira against the dollar.
Last Update: Jun 18, 2015 9:31 pm
RELATED TOPICS