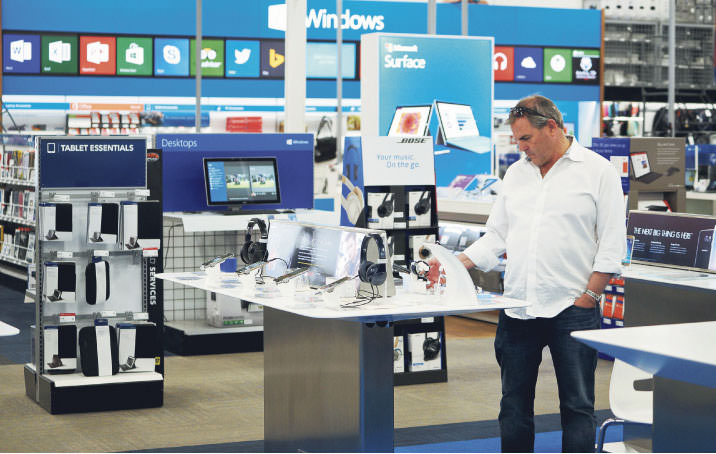 Additional taxes on imported electronics will be implemented soon. Exempt from customs tax, high-tech imports significantly worsen the current account deficit, but forecasts indicate recovery by the end of the year

Additional taxes will be imposed soon on imports of electronic products such as cellphones and tablets, Economy Minister Nihat Zeybekci said on Thursday.

"Special measures will be introduced to raise additional customs duties on these products within one to two months," Zeybekci announced at a press conference held to evaluate recent economic developments in Turkey's economy.

Zeybekci said there is also an ongoing study to raise customs duties on chemicals product imports.

At the end of last year, the economy ministry announced that they are working on a program for high-technology exports incentives with a budget of $3.5 billion.

Currently, most electronic products are exempt from customs duties. However, they are subject to a special consumption tax (SCT-ÖTV), value added tax (VAT-KDV) and other fees.

For example, Turkish consumers pay 25 percent SCT and 18 percent VAT for smartphones. If equipped with an FM radio or television receiver, an additional 6 percent stamp is paid to Turkey's state broadcaster TRT. Therefore, a Turkish consumer already ends up paying TL 1,545 ($572) for a smartphone that costs TL 1,000. If 18 percent customs duty was to be introduced for smartphones, this would increase to 1,823 TL.

In December 2014, the Economy Ministry initiated an investigation regarding imported smartphones. A tax hike for luxury products was also in the Medium Term Program that covers economic layout and measures for 2015 to 2017.

Turkey's exports in first half of the year declined 8.1 percent year-on-year to $73.3 billion, the Turkish Statistical Institute reported last Tuesday.

"This year we forecast a loss of $3.6 billion in exports due to developments in Iraq, Russia and Ukraine. Also, the weakening of the Turkish lira will cut into exports by $12.6 billion." Zeybekci said.

The European Union is the largest export market for Turkey accounting for 40 percent of the total. As Turkish exporters are paid largely in euros, a weaker euro reduces the value of receipts.

The drop in the value of the euro cost exporters $1.2 billion on a monthly basis, and $6.8 billion for the first half of the year, according to a report from Turkish Exporters Assembly released on June 1.