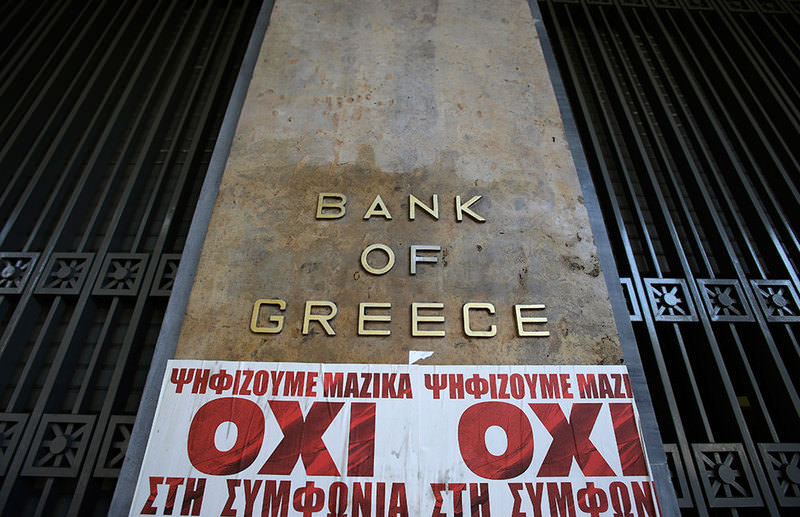 by Daily Sabah with Agencies Jul 03, 2015 12:00 am
Constantine Michalos, head of the Hellenic Chambers of Commerce, said Thursday that cash reserves have shrunk as low as 500 million euros.

Speaking to British daily The Telegraph, Michalos said that banks returning to their normal operation would take longer than expected. "We are reliably informed that the cash reserves of the banks are down to 500 million euros. Anybody who thinks they are going to open again on Tuesday [following the referendum on June 5] is day-dreaming. The cash would not last an hour" Michalos said.

"We are in an extremely dangerous situation. Greek companies have been excluded from the electronic transfers of Europe's Target2 system. The entire Greek business community is unable to import anything, and without raw materials they can't produce anything," Michalos added.

To prevent a sudden withdrawal from bank reserves and keep the integrity of the country's financial system, Greek citizens are limited with a daily 60 euros cash withdrawal limit. However, as 20 euro notes are also in decline, 50 euros can be withdrawn from ATM's for the last couple of days.

Greece has been struggling with a financial crisis due to massive public debt since 2008, and has recently skipped its 1.6 billion euro payment to International Monetary Fund (IMF) due in June 30 after unfruitful negotiations with its creditors, IMF and Eurogroup.