IMF managing director Lagarde: The fund stands 'ready to assist Greece if requested to do so' 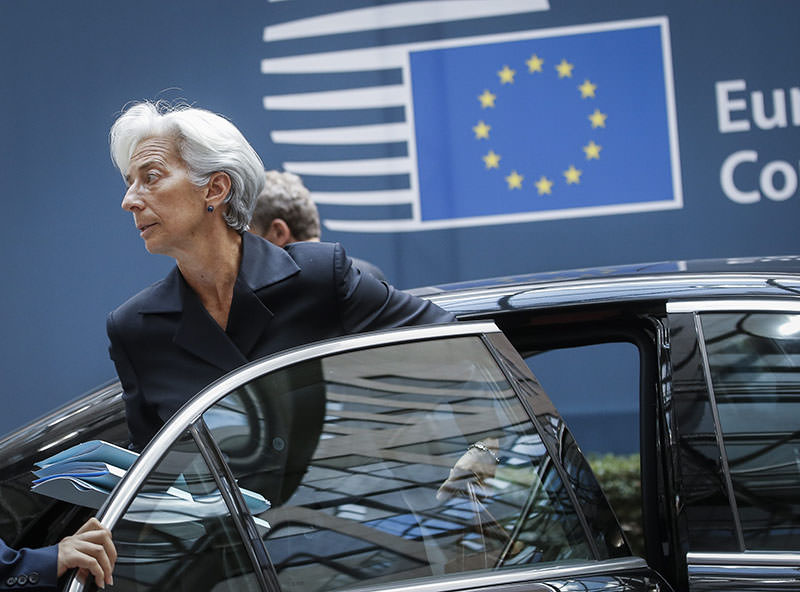 by Compiled from Wire Services Jul 06, 2015 12:00 am
Christine Lagarde, managing director of the International Monetary Fund, says the fund stands "ready to assist Greece if requested to do so."

Her statement Monday was the IMF's first reaction to Greek voters' decisive rejection of further austerity measures in return for bailout loans.

"We are monitoring the situation closely," she said, without offering further details.

Greece is in arrears to the IMF, having failed to pay a 1.5 billion-euro ($1.7 billion) loan due last Tuesday. The IMF said it couldn't get involved in a further bailout of Greece if the country remained in arrears.

The IMF last week also said that Greece would need debt relief as well as new financing worth more than 60 billion euros through 2018 to avoid financial collapse.

Greek banks will remain closed on Tuesday and Wednesday and a daily limit on cash withdrawals will stay at 60 euros, the head of the Greek banking association said on late Tuesday.

Greek banks were shuttered all last week after the collapse of negotiations on an aid deal and had officially been due to reopen on Tuesday, before Greeks voted resoundingly to reject bailout terms sought by creditors in a referendum on Sunday.