Head of French Central Bank: Greece could fall into chaos without a deal 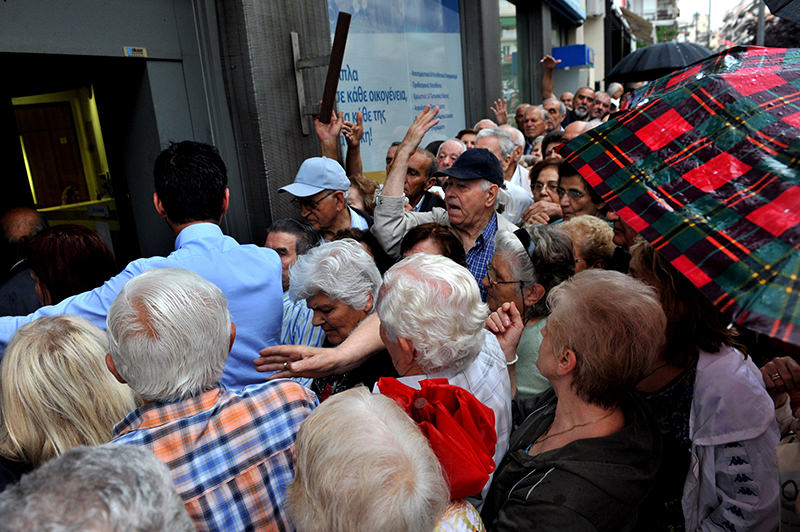 Pensioners without ATM cards queue outside a bank to cash up to 120 euro from their retirement cheques in Thessaloniki on July 1, 2015 (AFP Photo)
by Jul 08, 2015 12:00 am
Greece could descend into "chaos" unless a deal is found soon, the head of the French central bank, Christian Noyer, said on Wednesday.

"The Greek economy is on the edge of catastrophe. A deal absolutely must be found on Sunday because it will be too late after that and the consequences will be serious," he told French radio, adding that "there could be riots... and chaos in the country".

Noyer said it was "impossible" to re-open Greek banks while confidence was so low, saying there would be an "immediate run on tellers.

The EU's Economic Affairs Commissioner Pierre Moscovici said an agreement with Greece was possible but it was up to its government to make credible proposals to its fellow eurozone members.

"I think a solution must be found by Sunday and I believe it can be," he told France 2 TV, adding: "The ball is clearly in the Greek authorities' court."
European leaders have given Greece until Thursday to submit detailed reform plans and set a deadline of Sunday to reach a new bailout deal.