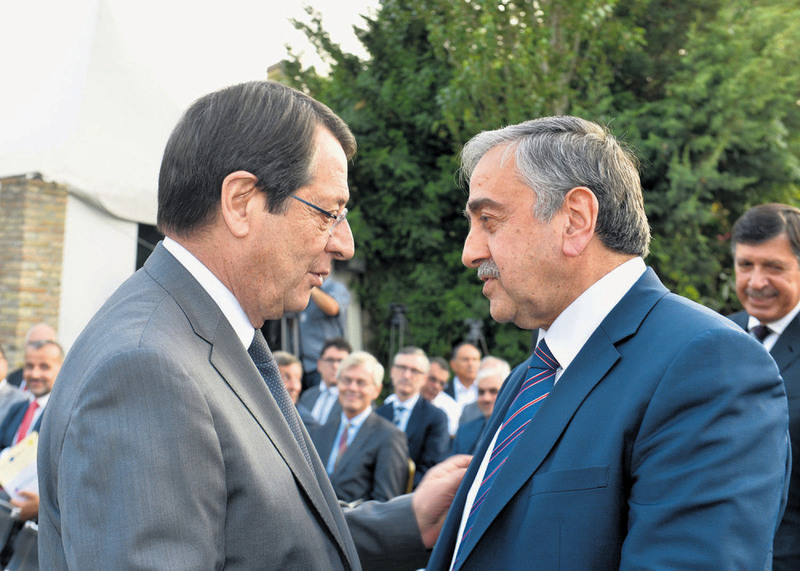 Turkish and Greek Cyprus are focusing on tourism, shipping and education for a better future for the island's economy. Plans have been proposed for the period after a possible solution on the divided island

Akıncı said in his speech that the Cyprus economy can provide for the welfare of its citizens, but this requires creating an economy that is resistant against crises and shocks, competitive and capable of being directed to different fields. "My vision of the Cyprus economy after a solution takes the welfare and prosperity of all Cypriots into account without looking at ethnic origin or background," Akıncı emphasized.

Akıncı also touched on the economic benefits of the solution between the two sides. He stressed that Cyprus will have the potential to become a shipping center in the eastern Mediterranean and all Cypriot ships will be able to enter Turkish harbors after a solution is reached. He highlighted that a solution would provide endless opportunities for the tourism sector, which is a driving power of both economies on the island and they should devise a joint strategy of cooperation in this field.

One of the first steps to be taken in Cyprus is to establish a Federal Competition Board just like the one that exists in many European countries, Akıncı said. He added that they should invest in education at first to help foster a culture of peace and raise a new generation of children who can speak both Turkish and Greek as their mother tongues. Akıncı said that they were working to create a federation of two societies and two regions described in a joint declaration made on Feb. 11, 2014. "We have to transform our country and we need to do this with no delay. We have to cooperate to transform from the current situation to a Cyprus we want, but we have to work hard. We owe this to the younger generations," Akıncı concluded.

Greek leader Nicos Anastasiades said the common future of the two societies is based on a united Cyprus as a EU member, which respects democratic principles, human rights and fundamental freedoms.

Anastasiades reiterated from the joint declaration that "the status quo is unacceptable and its prolongation will have negative consequences for the Greek and Turkish Cypriots." He also mentioned the positive impacts of a settlement. "My vision is to reach a settlement that will end the anachronism related to the current situation and provide hope and the prospect of a better future for all Cypriots, in particular for the younger generations," noted the Greek leader.

He said that a settlement would secure the full utilization of the great potential and prospect for economic growth, development and prosperity for all Cypriots. He also stated that a settlement between the two sides would provide a significant improvement to the investment climate and increase the attraction of large foreign investments and multinational companies. Stressing that it will be easier to access international finance and reach out to markets presently unexploited across the world, Anastasiades said the economic sectors that are now experiencing problems would be stimulated and this would have positive results on other sectors.

"We have committed ourselves to doing our utmost so this opportunity is not lost. We owe it to our children and the future generations of this country. We owe it to the people of Cyprus and their longing to live in a modern and thriving European country. And to this effort, the business community, as well as civil society, has an important role to play, and we call for your support and positive contribution towards this end," Anastasiades concluded.
Last Update: Jul 09, 2015 7:59 pm
RELATED TOPICS