Greeks start to use Turkish lira, Bulgarian leva as Euro runs out 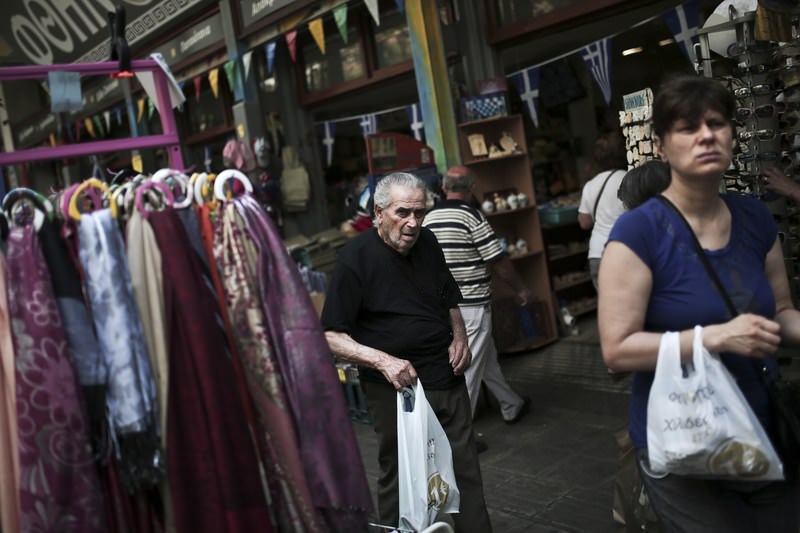 by Daily Sabah Jul 10, 2015 12:00 am
Many businesses in Greece have started to accept Turkish lira and Bulgarian leva while the country has started to run out of euros, according to reports.

The EU Observer and the Financial Times reported on Thursday that accepting the neighbors' currencies have been very common in Greece, especially in retail and the tourism industry.

Under the threat of a eurozone exit, Greece's government submitted the new package of tax and pension reforms to creditors late on Thursday with the hope of unlocking 53.5 billion euros ($59 billion) in aid and the promise of a potential debt relief.

The reforms agree to creditors' demands to overhaul pensions, increase sales taxes, and commit to privatizations. But they seek to limit changes on other thorny issues, including tax breaks for Greece's islands and cuts to military spending.

As Greece's neighbors are fearful that a possible Grexit could destabilize their own economies, economists say that Turkey is relatively safe from the consequences of a Greek exit from the euro.

"Greece is not a major trading partner," said Sinan Ulgen, executive chairman of the EDAM think tank in Istanbul. In fact, Turkey may find opportunities in Greece once the crisis is over, Ulgen stated. "Once the economy stabilizes, there may be increased interest from the Turkish business community for investment in Greece at lower valuations," he added.

"I think the direct implications for Turkey from the 'Grexit' are limited. Trade ties with Greece are small, as are direct financial ties (except the subsidiary of one Greek bank). So as long as problems remain contained to Greece, there is unlikely to be much impact on Turkey," said William Jackson, emerging markets economist with Capital Economics in London.