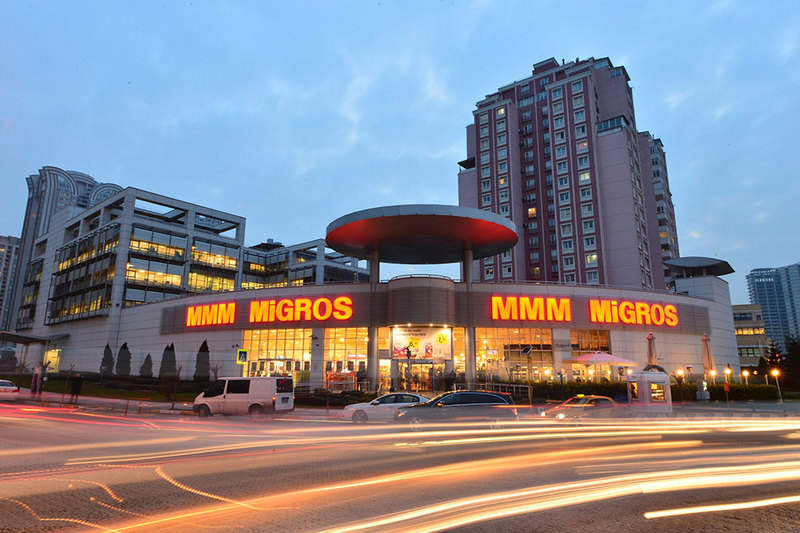 by Daily Sabah Jul 11, 2015 12:00 am
Turkish Competiton Authority allowed the sale of 40.25 percent shares in retailer Migros to Anadolu Group, a shareholding company of the group announced through a statement over Turkey's Public Disclosure Platform (KAP) on late Friday.

The purchase will be carried out by Yazıcılar Holding (YAZIC) that controls 68 percent shares in Anadolu Group, which one of Turkey's largest conglomerates. The group will pay 1.86 billion Turkish liras ($700 million) to private equity firm BC Partners according to a contract signed between two parties in December 2014.

Tuncay Özilhan, Board Chairman of Anadolu Group, stated that the group continues its investments on its 65th year and the investment to Migros was crucial in the group's strategy to expand in retail sector. Özilhan also pointed out the variety of brands and products that Migros provides to its customers is its most important value.

Özilhan's emphasis is important as Anadolu Group controls Turkey's largest beer brand Anadolu Efes and Coca Cola İçecek, sixth-largest bottler of Coca Cola in the world. The group committed to continue all Migros operations in neutral conditions with competitors of Anadolu Efes. Özilhan himself previously noted that only 4 percent of Efes sales were being carried out Migros stores and they do not perceive Migros purchase as a distribution channel for their own brands.

Anadolu Group currently operates in automotive, banking, food, retail and energy sectors in 18 countries with over 29,000 employees. The group holds the franchise right of McDonald's in Turkey, while operating over 1,000 small retail stores under the brand "Ekomini."

Migros Türk is the oldest retailer operating in Turkey. Founded in 1954 a joint venture of the largest Swiss retailer Migros and Municipality of Istanbul as market trucks serving for different neighborhoods, it was later acquired by Turkey's largest conglomerate Koç Holding in 1975 and rapidly grew into the country's first supermarket chain. In 2008, Koç Holding sold its 51 percent shares to BC Partners for almost 2 billion TL ($750 million).

The retailer currently employs 20,470 people in 1,296 stores, including 46 in Kazakhstan and Moldova.