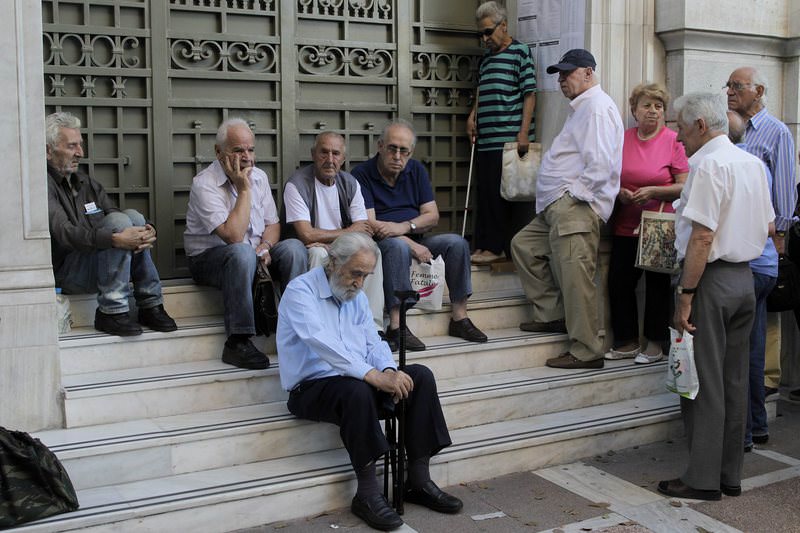 by Jul 16, 2015 12:00 am
Greece's finance ministry said in a statement that the Greek banks will reopen Monday after being closed for three weeks but cautioned that restrictions on withdrawals would only be lifted gradually.

The extension was necessary "to protect the Greek financial system and economy because of a lack of liquidity," it said Thursday.

The ministry's statement and the ANA report came hours after the head of the European Central Bank, Mario Draghi, said a vital cash lifeline to Greece's banks would be boosted.

The ECB's Emergency Liquidity Assistance has been fixed at around 89 billion euros ($99 billion) since late June, but would be now topped up with an additional 900 million euros, Draghi said.

Eurozone countries are moving forward with another bailout of the struggling Greek economy after the parliament in Athens passed the first raft of draconian reforms demanded by its international creditors.

Greece's banks were ordered closed on June 28, a week ahead of a referendum called by Prime Minister Alexis Tsipras that ended up rejecting tough reforms.

However, faced with Grexit, or Greece's exit from the eurozone, Tsipras this week agreed to the reforms in return for the rescue.

The capital controls were necessary to prevent a bank run draining cash out of the country's financial system. As well as closing banks, the controls limit ATM withdrawals to 60 euros. Athens's stock market has also remained closed.
Last Update: Jul 20, 2015 1:22 am
RELATED TOPICS