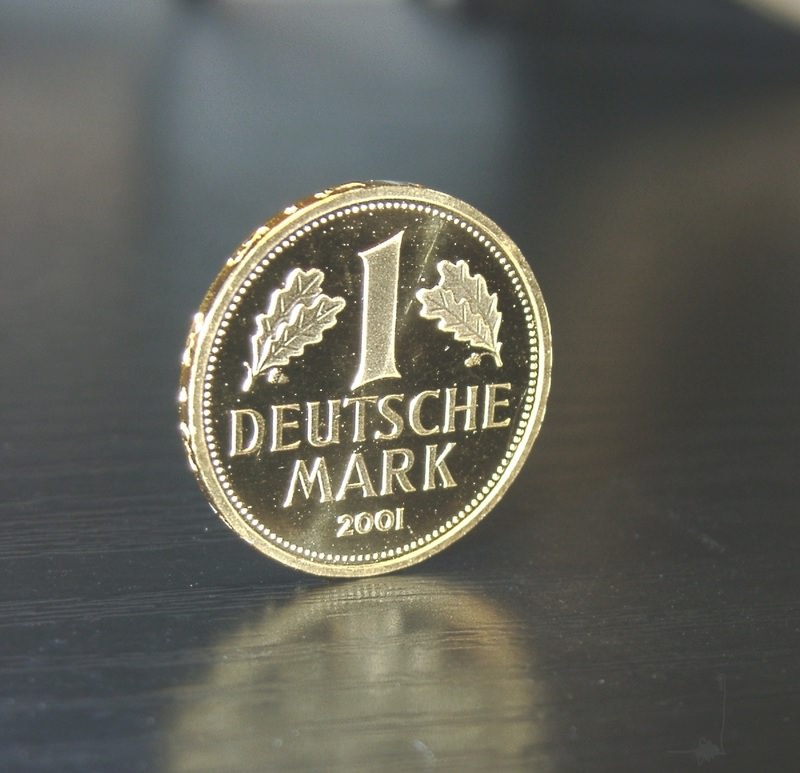 by Daily Sabah Jul 17, 2015 12:00 am
Germany, not Greece, should exit the Euro, said Ashoka Mody, a former International Monetary Fund (IMF) official in his article published on Friday.

Mody, who was in charge of the IMF's Article IV consultations with Germany, comments on German finance minister Wolfgang Schaeuble's recent suggestion of a Greece exit from the euro. But instead of Greexit, Mody says it would be better "if Germany rather than Greece were the first to exit".

The former IMF deputy director says in his piece published in Bloomberg that a German return to the deutsche mark would cause the value of the euro to fall immediately , and further adds "Greek economy, having briefly soared, is now in danger of falling below its starting point. A weaker euro would give them a chance to jump-start growth."

Mody also states that Germany, the lead creditor, has broken a political taboo by proposing the Greece exit the Euro. "For decades, politicians have peddled the common currency as a symbol of European unity, despite the flawed economics," he says in the Bloomberg piece.

Touching upon the relatively weaker economies of the European Union, Portugal and Italy, he says "Were Greece to leave, possibly followed by Portugal and Italy in the subsequent years, the countries' new currencies would fall sharply in value," in his article.
Emphasizing that there are concerns among Germans that a rising deutsche mark would render their exports less competitive abroad, he implies that the German economy is really strong as it has been running a large current account surplus and a German exit from the Euro would strengthen global economy as the country would have to buy more from other countries. "U.S. Treasury and the IMF have long prodded the country to buy more," says the former IMF official, adding that the European Commission has also concluded that Germany's current account imbalance is excessive.

Mody says that Germans already know how to live with a stronger currency as the deutsche mark had continuously appreciated in value before the euro was introduced.

Criticizing Germany of "endangering the delicate fabric of Europe rather than building an ever-closer union" by rejecting to "bear the cost of relishing the role of a hegemon in Europe" he says that Germany is playing the role of 'the bully' and this attitude is doing Europe a disservice. In his article, he further states that European countries need to "loosen the ties that bind them so tightly to stay close."

The potential exit of Greece from the eurozone monetary union (primarily for the country or its government to deal with its public debt), also known as the portmanteau "Grexit" has been debated since the worsening of its economy which started in late 2009.

The crisis was the first of five sovereign debt crises in the eurozone. Owing Germany a total of 57.23 billion euros, Greece has several times come under harsh criticism by German officials, especially by the chancellor Angela Merkel. The Syriza, or the "Coalition of the Radical Left" led by Alexis Tsipras has been slammed several times on accusations of "raising difficulties" in the payment of debts.

German officials proposed many times that a "Grexit" would be beneficial for the European Union and in particular, Eurozone countries. After much debate and controversies, Greeks went to the referendum in which the nation decided whether it would accept the bailout conditions in the country's government-debt crisis proposed jointly by the European Union Commission. The nation rejected the EU bailout by 61 percent of the votes cast.

Greece and EU member countries have been in intense negotiations after the result of the referendum. It is not still certain if a "Grexit" may occur.
Last Update: Jul 18, 2015 10:46 pm
RELATED TOPICS