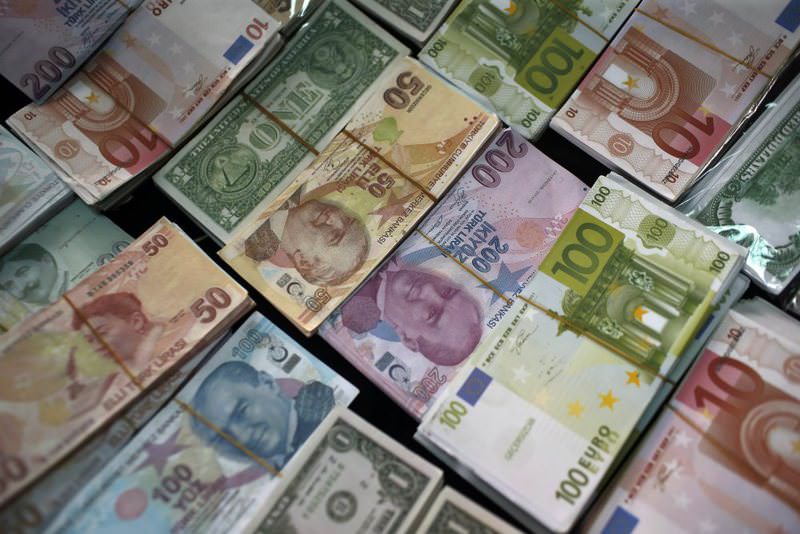 Recent developments in Turkey, including military operations and sentiments on coalition talks, have pushed markets down and the Turkish lira to a five-week low. Economists say a snap election would be preferable to prevent damages to the economy

After following a horizontal trend for more than a month, Turkish markets have been hit by security concerns, failures in the coalition talks and the rising expectation of a possible interest rate hike by the U.S. Federal Reserve (Fed). Despite wasting time and having no government after months of negotiations, economists believe that a snap election may become unavoidable in order to prevent uncertainty from spoiling the rest of the year. The dollar exceeded TL 2.7761 for the first time since June and the euro skyrocketed to 3.0736 against the Turkish lira due to security concerns that are escalating in the country.

Violent acts have continued after last week's explosion in the southeastern province of Suruç and following the terrorist organization PKK's decision to end its cease-fire, resulting in military operations being launched against the PKK and the Islamic State of Iraq and al-Sham (ISIS).

The dollar-Turkish lira parity started the last week at around 2.6550 and followed an upward trend by negatively differing from emerging currencies throughout the week. It exceeded 2.77, which was the peak point of the past five weeks. Turkey started the week with terrorist attacks, which was followed by signals of coalition talks turning to a dead-end. The Fed's indication that the first rate hike in 10 years may occur in September was also one of the major reasons of the Turkish lira's value loss. In yesterday's strategy report, Citigroup proposed the opening of a new position regarding the possibility that the Turkish lira might continue to lose value against the dollar and euro as one of the transaction proposals of the week.

Economists suggest the concerns that the impact of recent incidents will continue in the long-term and it will be difficult for Turkish markets to handle this process without a government. Speaking to Daily Sabah, economist Kerem Alkin said if these incidents would end in the short-term, the markets will be in a position to price them easily. "However, if the change in Turkey's agenda makes it harder to form a coalition government, the Parliament should decide on a snap election as soon as possible rather than using the whole time allocated for coalition talks to prevent possible damages to the economy." Alkin added that if a government cannot be formed in the meantime, the entire economic situation of 2015 will be sacrificed. Moreover, the work for the new growth model will be delayed until 2016 without a government, according to Alkin.

The government had announced a structural reforms program before the elections, but the implementation of the program was delayed with the general elections. In its last meeting, the Central Bank of the Republic of Turkey (CBRT) said structural reforms should come into force as soon as possible, which will contribute to macroeconomic figures.

Yesterday, Finance Minister Mehmet Şimşek said it is highly possible that the Fed will increase the interest rates in September, which would create risks for Turkey like other emerging markets. However, the minister said Turkey would handle possible impacts in three to four months. There are two possible reasons for the Fed to keep the rates steady according to Şimşek, which include the dollar gaining too much value and oil prices decreasing with energy-rich Iran's involvement in global markets.

The Fed's interest rate hike is an expected fact now, according to economist and Daily Sabah columnist Cemil Ertem, and Turkey's agenda is full of security concerns. "Hard times and hard decisions need strong governments," Ertem stressed, and if politicians continue to insist on red lines despite focusing on a forming a government, the economy can get hurt. Ertem said a snap election may become preferable to prevent damages to the economy.

The Borsa Istanbul Stock Exchange's BIST 100 index completed the first trading session on Monday at 78,323.89 points, marking a decline of 0.49 percent when compared to the previous closure.
The index completed the first session with a 388.16-point fall when compared to the first closure on Friday, and total transaction volume amounted to TL 1.3 billion ($469 million). The banking index depreciated by 0.95 percent and the holding index lost 1 percent of its value in the first session. The sport index yielded the greatest profit of 2.31 percent to its investors, while the mining index brought the greatest loss of 2.05 percent to its investors.

Starting the day with horizontal activity, the BIST 100 index dropped down to 78,287.59 points in the first session due to the continuation of the selling pressure in global markets and upward trend in foreign exchange rates. Meanwhile, the CBRT has reduced the one-week-maturity deposit rates for the euro from 1.50 to 1.25 percent. Yesterday, the euro yielded more than 1 percent profit. As the euro exceeded the 3.05 level, the CBRT's intervention caused a drop to the 3.03 level. In an announcement by the CBRT on Friday, it was announced that due to global and domestic developments, the one-week-maturity deposit rates for the dollar has been lowered from 3.5 to 3.
Last Update: Jul 27, 2015 8:37 pm
RELATED TOPICS