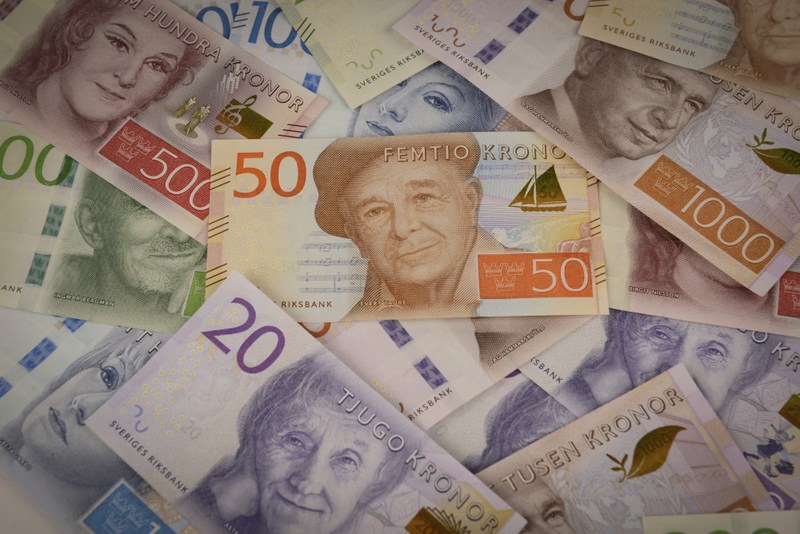 by daily sabah Jul 30, 2015 12:00 am
Riksbank, the central bank of Sweden, announced the bank has launched the largest banknote and coin changeover in the country's history. The first new banknotes will be issued in October, the bank announced on its website. The bank aims to prevent forgery by changing the banknotes and coins with new designs that include new security measures.

Riksbank will also be initiating a major information campaign to increase people's awareness before releasing the new banknotes and coins. The information campaign will include the launch of an app with a banknote game and support for the visually impaired, as well as exhibitions of the new banknotes at six different locations in Sweden associated with the personalities depicted on the banknotes.

At the end of July, Riksbank will launch the free app, which teaches how to recognize a genuine banknote and provides information on the banknote and coin changeover in Swedish, English and 29 other languages. There is also a game that involves sorting banknotes according to which are new and the dates on which the old ones become invalid. The faster they are sorted, the more points are scored. The app also provides support for the visually impaired who can use it to scan a banknote and have the denomination read aloud by Riksbank Governor Stefan Ingves.

"One-quarter of Sweden's population is still unaware that Sweden will be getting new banknotes and coins. We will be using several different channels to reach as many people as possible. The app will make it possible to have information easily at hand and will provide assistance for the visually impaired. A banknote game in the app offers a different and fun way to learn important dates in the changeover," said Christina Wejshammar, head of the bank's Cash and Payment Systems Department.