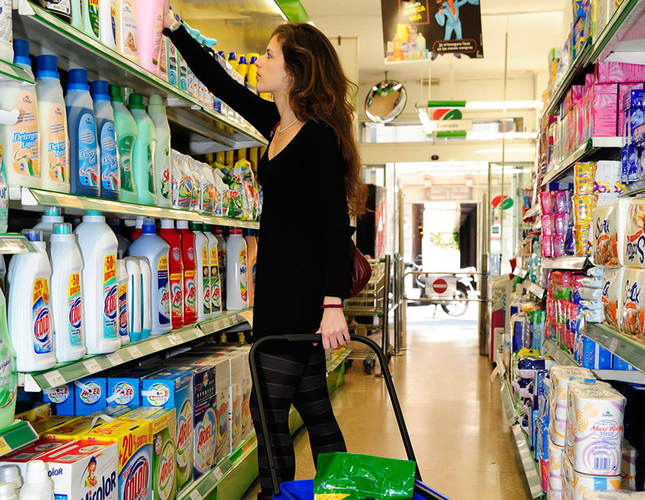 by Daily Sabah Aug 04, 2015 12:00 am
Turkey's annual inflation rate decreased to 6.81 percent and prices rose by 0.09 percent in July, according to data released by the Turkish Statistical Institute (TurkStat) on Monday. The consumer price index rate fell below 7 percent for the first time in 26 months. The domestic producer price index fell by 0.32 percent in June and was announced as 5.62 percent on an annual basis. In June, the annual and monthly inflation rates were 7.2 and 0.51 percent respectively.

The highest monthly increase in July was 1.60 percent in the furnishings and household equipment category. The consumer price indices rose for hotels, cafes and restaurants by 1.21 percent, for alcoholic beverages and tobacco 1.16 percent, for education 0.51 percent and for transportation by 0.41 percent.‎

The highest monthly decrease was observed at 4.97 percent in the category of clothing and footwear. The highest annual increase was announced with a 13.8-percent increase in the hotels, cafes and restaurants category.

Miscellaneous goods and services with 9.31 percent, food and non-alcoholic beverages with 9.25 percent, furnishings and household equipment with 8.69 percent, and housing with 8.15 percent were the other main groups where high annual increases were realized.
Last Update: Aug 04, 2015 2:15 am
RELATED TOPICS