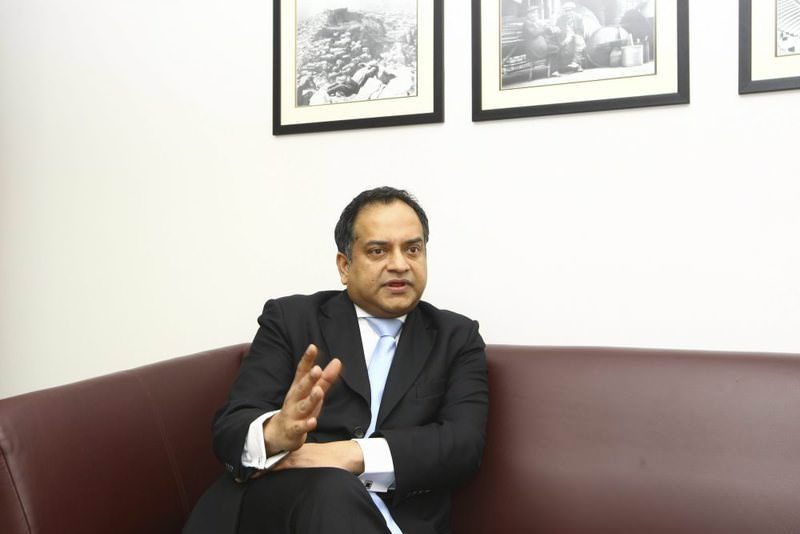 Most investors believe Turkey is set for a bright future in the long run as long as domestic savings and growth issues are addressed, IMF's Seshadri said. He added that Greek problems will not spread to the Turkish economy, which is hurt by the dollar and helped by oil

International Monetary Fund (IMF) Turkey Representative, Srikant Seshadri, expressed his belief in a bright long-term performance by Turkey during an interview with Anadolu Agency and pointed at issues that need to be addressed in the short and medium term in order to ensure such a performance. Seshadri said that Turkey has "a tremendous opportunity to showcase its aptitude and dynamism" by handling these issues.

Seshadri remarked that the U.S. Federal Reserve's (Fed) interest rate hike and the appreciating dollar makes debt repayments much more difficult for those who have taken long-term dollar loans as well as possibly making it more expensive to restructure those debts. From a wider economic perspective, these two reasons could hinder the foreign influx of capital. Countries with emerging economies sometimes experience difficult stretches, said Seshadri, suggesting that there are three particular things that these economies could do to deal with problems. He says having a flexible exchange rate regime and strong signs of a healthy economy would help, as well as minimizing the mismatch between the currencies that income is received in and debt is paid with.

The IMF representative claimed that the direct economic, financial and trade relations between Turkey and Greece are rather limited, hence the Turkish economy will not be badly affected by Greece's problems. Regarding the latest internal and geopolitically relevant developments, Seshadri said that the popular opinion among investors is that Turkey has a bright long-term future. "Some short- and medium-term measures have to be taken for sure," added Seshadri. In order to aid long-term progress, domestic savings must be increased as well as pulling the economy out of its current low-growth state, Seshadri claimed, adding that government officials and public opinion have a strong understanding of what needs to be done.

Addressing the declining oil prices, IMF Representative Seshadri said that the direct effect is "positive," while saying there are some indirect negative effects that must also be taken into the equation. Lower oil prices mean lower transaction costs for both the business sphere and households, Seshadri said, indicating that this situation creates a tendency for growth and a downward pressure on inflation. Seshadri said that energy is one of Turkey's top expense items in terms of imports, and the lower energy prices reduce expenditure in this category. On the other hand, there are indirect effects of the decrease in oil prices, as most of Turkey's trade partners in the Middle East rely on petroleum exports for national income. Lower oil prices translate to lower budgets for these countries, hence a possibility of decline in the trade volume with Turkey.

Seshadri said that the IMF currently forecasts 3 percent growth and 7 percent inflation in Turkey at the end of the year. He said that they are closely following the incoming data and need to see what kind of developments will occur following the end of the first quarter of the year. The driving forces and momentum of the economy then would enable them to make more accurate predictions, but they remain hopeful that the recent positive signs regarding inflation will remain.
RELATED TOPICS