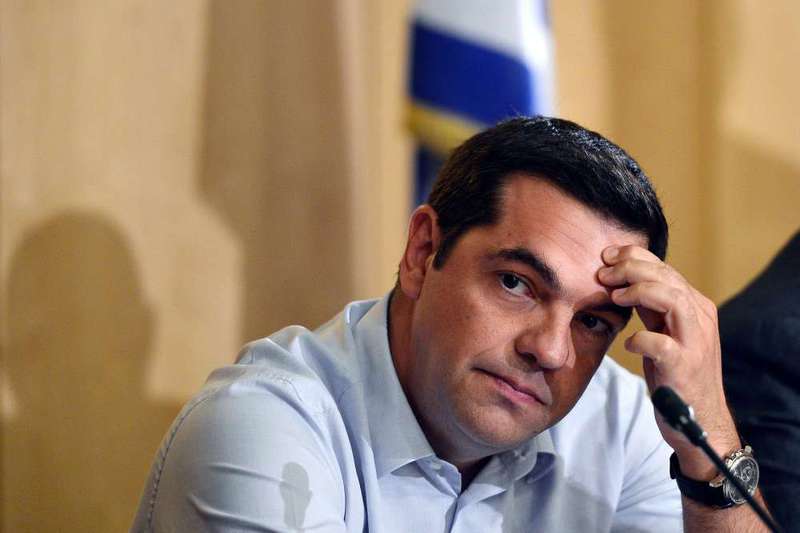 by Aug 13, 2015 12:00 am
Greece will tumble back into deep recession this year and next, EU sources said on Wednesday, as Athens implements a tough third debt rescue hammered out with its international creditors.

Greek Economy Minister Giorgos Stathakis said Tuesday he believed the economy would experience "a small recession" this year, with a return to growth gaining traction in 2016. Greece has repeatedly complained that the austerity measures demanded by its creditors - the EU, the European Central Bank (ECB) and the International Monetary Fund (IMF) - in return for two previous bailouts have only hurt an economy that has contracted by a quarter since the crisis broke.

Greek Prime Minister Alexis Tsipras took office in January on a pledge to roll back austerity but has been forced to backtrack as the economy has gone into reverse. "It is a tough package really but the sacrifices are shared equitably," one of the EU sources said of the new 85 billion-euro, three-year program, which now goes up for final approval by Greece's 18 eurozone partners.

The accord is "comprehensive and designed to address the shortcomings of the Greek business model," the source told a background briefing in Brussels, asking not to be named. As well as painful tax increases, spending cuts and economic reforms, the bailout also includes "strong measures to support growth," the source added.

The return to growth should bolster the government's financial position, the sources said. For 2015, there will be a budget deficit before debt interest payments of 0.25 percent. This figure - given as a percentage of gross domestic product (GDP) - will show a positive 0.50 percent in 2016, then 1.75 percent and 3.5 percent in the next two years, they said. Running this primary budget surplus should give Athens some leeway to boost growth and help the most vulnerable in society. It should in theory also allow the government to start reducing a crippling debt burden of some 320 billion euros, or about 170 percent of GDP, which will soar to around 200 percent if the new bailout goes through. Two previous rescues in 2010 and 2012 cost a combined 240 billion euros but the creditors say a third package is now needed to keep Greece afloat after successive governments failed to live up to their commitments.

The IMF and many analysts have expressed concern over the sustainability of the debt - it is more than three times the EU ceiling of 60 percent - and Greece has pressed for relief. The sources reiterated, however, that fully implementing the program comes first and all measures must be in place by October when the creditors will conduct a first review. "Debt relief [and] restructuring will come at a later stage. Fiscal targets are contingent on [the] full implementation of the program," one of the sources said.
Last Update: Aug 13, 2015 2:17 am
RELATED TOPICS