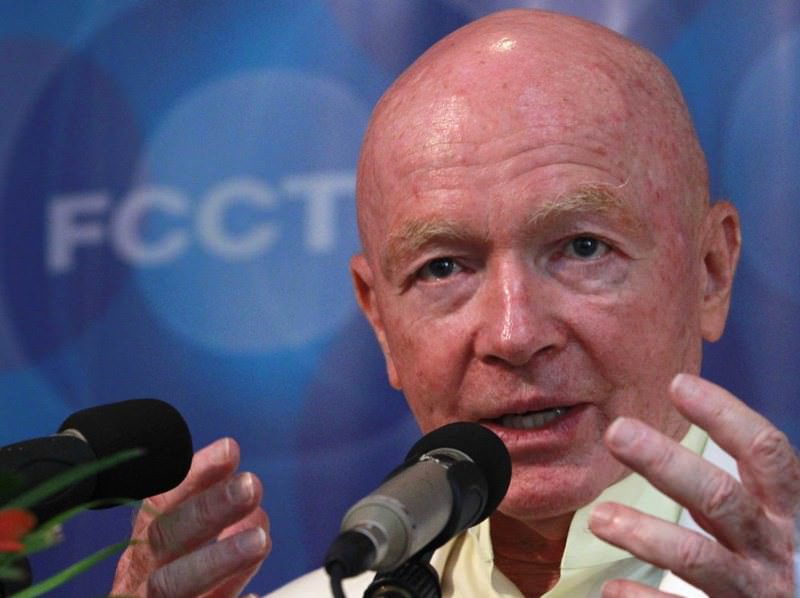 by Anadolu Agency Aug 13, 2015 12:00 am
The economy is not "fragile," according to Mark Mobius, executive chairman of the Templeton Emerging Markets Group. In an interview with Anadolu Agency (AA), Mobius said there were great opportunities in Turkey for investors. "I don't agree with the 'fragile five' thesis since it simplifies the very complex economic structure of those five countries and in Turkey's case, it denigrates the very real strengths of the economy," he said.

The "fragile five" concept was created by analysts at Morgan Stanley in 2013. It groups Turkey, Mexico, Brazil, Indonesia and South Africa as emerging markets that are under particular economic pressure. Mobius said the economy is "very vibrant, with a well-trained and educated workforce" as well as "excellent managers, capable of entering global markets effectively." "Therefore, we cannot say that it is fragile," Mobius said.

Mobius also explained how the U.S. Federal Reserve's [Fed] projected interest rate increase will affect emerging markets. "The perception of risk is rather low since the idea of an interest rate hike has already been discounted by the market. The expectation is that, if a rate hike comes, it will be small. The real risk comes if the interest rate hike is large, and larger than expected. In that case, all markets, including emerging markets, will be impacted. We must remember that the impact of interest rate rises is just one of the variables that impact markets, and it is important to note that, in the past [and] in many cases, markets actually rose in the face of higher interest rates because of other extenuating circumstances," Mobius said.

"The dollar pressure will now be reduced since the amount of depreciation of several emerging market currencies has gone too far, so that many of the currencies are severely undervalued on the price parity basis," Mobius added. "We must also remember that the U.S. government does not want a dollar that is too strong, since that will harm the U.S. economy. The challenge facing the [Fed] is how to raise interest rates in the face of falling interest rates in Europe, Japan and China."

Oil pricesMobius is not dismayed by the sharp fall in oil prices, a movement that directly affects emerging market exporters like Brazil. "Oil prices are primarily driven by sentiment," he said. "If you look at the actual supply and demand trends over the last 20 years, in each year, the actual supply-demand varies no more than 5 percent either way. However, the actual market price of oil has had tremendous range and volatility. We can, therefore, expect oil prices to reach a medium trend-line, which will probably be higher than where it is now, but it won't go dramatically higher. It's important to note that given the high growth particularly in the two most populous nations in the world, India and China, the demand for oil and oil-products will continue to rise despite the introduction of alternative energy sources, which are expected to grow but not replace oil in a short time period. This is also the case of coal where coal-fired plants continue to be built because it is the most economic form of electric power generation in many parts the world."

Mobius also commented on the volatile price of gold. "The price of gold is like oil prices," he said. "The supply and demand is fairly steady over the years, but the prices vary greatly because of sentiment at any particular time. Now that the dollar is strong, there is demand to hold dollars rather than gold. But once there is fear of dollar depreciation because of high U.S. government debt and political factors, we will see gold move up again. The best time to invest in gold is when no one else wants it and it is very unpopular."
RELATED TOPICS