IMF wants creditors to discount some of Greece's debt 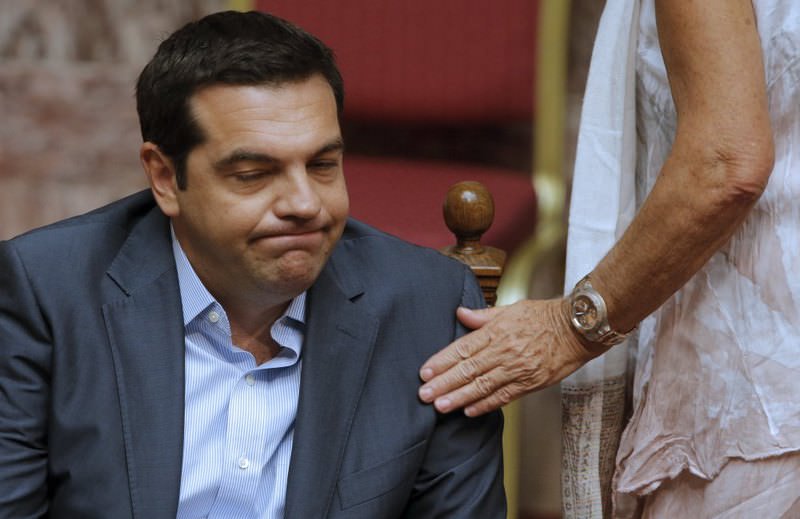 The International Monetary Fund (IMF) will join the third bailout package to rescue Greece from bankruptcy if European creditors agree to relieve part of the country's debt. According to a written statement released by the IMF, the fund's team, which had been in Athens as part of the third bailout package negotiations, left the city after the talks ended. In the statement, IMF team leader Delia Velculescu was quoted as saying: "We worked closely with Greek authorities and our European partners. The agreement that was reached between the parties was a very significant step toward the future."

According to Velculescu's remarks, the agreement stipulates all-inclusive policies that will re-ensure financial sustainability, the stability of financial markets and sustainable growth. "We are looking forward to working with the relevant authorities to determine the particulars of the program in the upcoming period and our European partners' decision to relieve Greece's debt that will enable to make the country's debt sustainable," she said.

Velculescu also stressed that the IMF's joining in on the third bailout package will be clear with the first revision of the European Stability Mechanism's (ESM) program, adding that the IMF will decide to take part in the provision of additional financing for Greece in accordance with the authorities' steps toward the program and whether debt relief will be launched.

Recently, IMF Managing Director Christine Lagarde said the fund would take part in the third bailout plan if it included debt restructuring. In response to the IMF's demand regarding debt relief, Germany is insisting the IMF must be included in Greece's next bailout. Christiane Wirtz, spokeswoman of German Chancellor Angela Merkel, said: "Participation by the IMF is of decisive importance for the German government."

The bailout deal still needs approval from the parliaments of other EU countries as well before any funds can be transferred, Germany being one. During yesterday's all-night parliamentary session, Greek Prime Minister Alexis Tsipras defended the bailout deal against angry contrarians from his ruling Syriza party, saying that they "took

a painful decision of responsibility" and did this to "remain alive instead of committing suicide and complaining [about] how unfair it was."

Some creditors have proposed giving Greece an interim loan to be able to make its Aug. 20 debt repayment and give them more time to fine-tune the deal. However, Greece does not want such a loan and is hoping to tap the full bailout package by next week.
Last Update: Aug 15, 2015 1:14 am
RELATED TOPICS