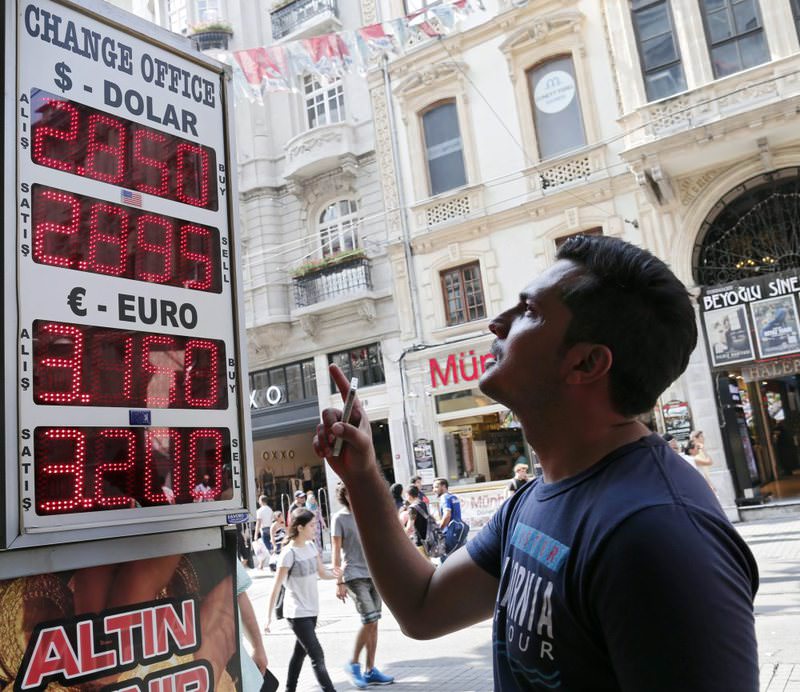 by Anadolu Agency Aug 19, 2015 12:00 am
The Turkish lira's recent volatility is "totally speculative," Economy Minister Nihat Zeybekci said yesterday. The Turkish lira hit a new low against the dollar on Tuesday after the Central Bank of the Republic of Turkey (CBRT) announced that it was holding interest rates at current levels.

The currency fell to a historic low of 2.8870 against the dollar after the Central Bank's rate decision. Starting the day at 2.8713 and touching under 2.86 by 11.30 GMT, the Turkish lira then hit 2.8880 in afternoon trading after the bank announcement.

The Turkish lira has slid to a series of record lows against the dollar in the past week after coalition talks between the country's main parties ended without an agreement.

After coalition talks failed, it said that the likely prospect of an early election will cause further depreciation in the value of the Turkish lira against the dollar in coming days. The CBRT has not changed the current interest rates of 7.50 for the one-week repo, and 10.25 percent for the overnight lending rate since May.
RELATED TOPICS