Gold breaks above $1,150, its highest level in 5 weeks as the dollar eases 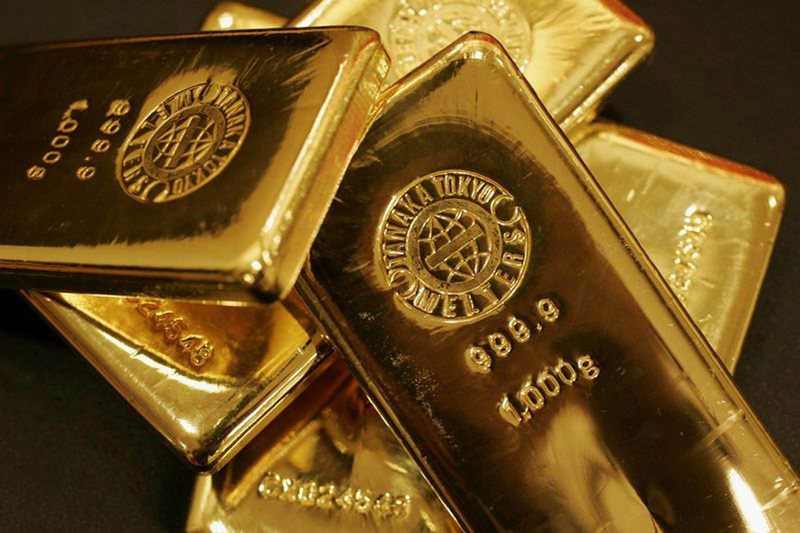 | REUTERS Photo
by Aug 20, 2015 12:00 am
Gold hit its highest in five weeks on Thursday as the dollar eased after meeting minutes from the U.S. Federal Reserve suggested policymakers were in no hurry to raise interest rates.

Although agreeing that the economy was nearing a point where rates should move higher, Fed officials last month were worried that lagging inflation and a weak global economy posed risks too big to commit to a rate "lift-off".

"There is some frustration because the Fed meetings were not exactly conclusive for a rate hike in September," ING Bank senior strategist Hamza Khan said.

Spot gold has recovered more than 6 percent from a 5-1/2-year low of $1,077 hit in a late July rout, when investors cut their exposure on fears of further price declines.

It was on track for a second weekly gain, after snapping its longest retreat since 1999. Gold benefited last week from uncertainty posed by China's surprise devaluation of its yuan currency.

"What's supporting gold is that from unrelentingly bad news, which we saw until late July-early August, the news flow has been more bullish to gold after the Chinese central bank currency devaluation," Macquarie analyst Matthew Turner said.

"But you'd have to think that because of the rate hike the dollar would rise from here, so it's hard to get too excited."

The dollar was down 0.1 percent against a basket of leading currencies, extending losses made after the minutes release from the July 28-29 Fed meeting.

A potential delay in a rate increase to December could however offer some short-term upside potential for non-interest bearing gold.

Analysts had been betting on a rate hike when Fed officials next meet on September 16-17 given sustained strength in the world's largest economy. However, some thought policymakers might take a gradual approach to lifting rates after China's yuan devaluation.

Rising prices curbed physical gold demand in India and Chinese buyers, many of whom were reeling from losses in the stock market, remained scarce, cutting premiums on bullion sold in the world's top two consumers.