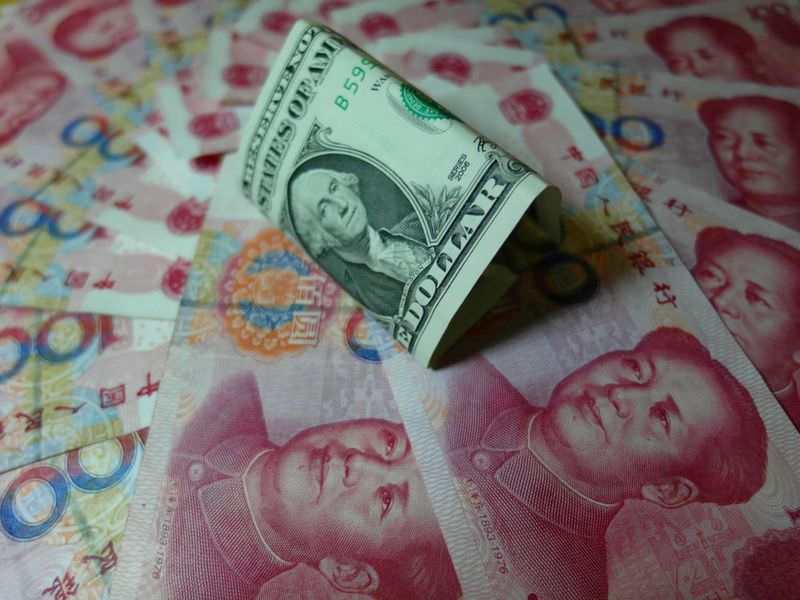 by French Press Agency - AFP
Aug 24, 2015 12:00 am
The world's emerging economies are allowing their currencies to slide in a quest to remain competitive, following China's devaluation of the yuan and the dollar's strength in anticipation of U.S. rate hikes.The currencies of emerging nations in Asia have especially suffered in recent weeks from market speculation that the U.S. Federal Reserve will lift interest rates this year - possibly as soon as September.

According to Societe Generale analyst Kit Juckes, those countries "fear a resumption of significant capital outflows if the Fed does raise rates next month, as well as fear of further (yuan) weakness and concern about the sluggish pace of global growth" - all of which are strengthening the dollar, euro and yen.

Other factors, including slumping prices of oil and natural gas - exports that many emerging economies rely on heavily - are also pulling currencies lower or prompting governments to let their value drop.

On Thursday, Kazakhstan decided to cease intervention to support the Central Asian nation's tenge currency, and allowed it to float freely to cope with the plunging price of oil - its primary export.

The result was an historic 23 percent drop in value to 257 tenge to the dollar.

This month's surprise devaluations of the Chinese yuan - also known as the renminbi - by the country's central bank was similarly viewed by many observers as an effort to reverse the recent slump in exports amid accumulating signs of an economic slowdown.

In response to China's currency cut, Vietnam widened the spread its central bank allows the dong to trade, provoking a fall to its lowest ever level of 22.41 against the dollar.

In doing so, say forex experts, Vietnam effectively devalued the dong for the third time this year.

In Russia, under pressure since 2014 from falling oil prices and the effects of Western sanctions over the Ukraine conflict, the ruble resumed its decline against the dollar this week. The ruble's slump as Russia's economy sank into recession has had serious consequences for the country's neighbors - figuring as a major factor in Kazakhstan's devaluation. Such weakening of currencies has been rife across the world's emerging economies, with Lawler pointing to this week's plunge of the South African rand and Indonesian rupee to historic lows against the dollar as examples.

But if Indonesia's currency dip is due largely to depressed prices for commodities it exports, Juckes says the slide of the Brazilian real and Turkish lira extend beyond pure economics. Brazil, he notes, is facing an enormous corruption scandal as well as flat-lining growth, while the drop of Turkey's lira was caused by growing security concerns and increasing political instability.

"It is the weakness of sentiment in (emerging market forex) which is striking - oil and China's slowdown are the main factors, but the Thai baht is weaker after a deadly bomb blast, the Brazilian real's woes are as much political as economic," says Juckes. Adding to that febrility is the resurgent dollar being lifted by expectations of looming U.S. interest rate hikes.

When it comes, that move will make returns on greenback investments more lucrative than foreign alternatives - an eventuality already motivating speculators to take such positions while they are still affordable.

But even if worries over China's growth and halting econ

And that, Juckes notes, should motivate investors to exit emerging economies they poured excess liquidity into during the Fed's policy of keeping credit cheap in order to stimulate the world's biggest economy.