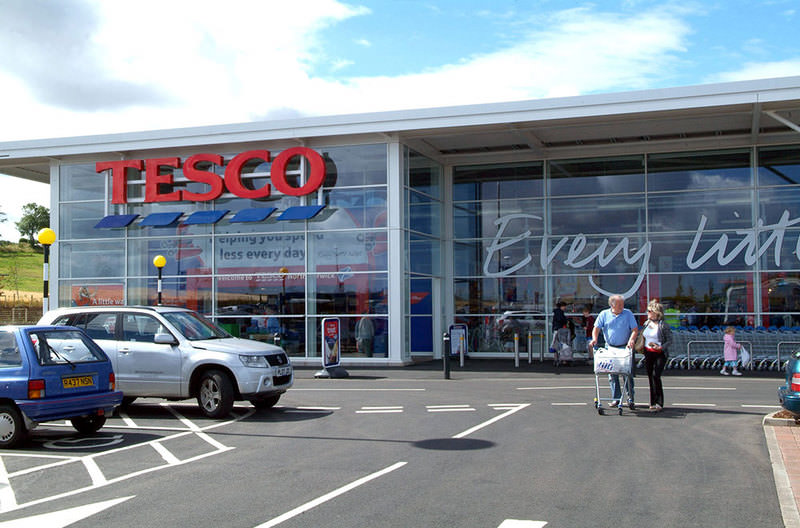 by Daily Sabah with Wires Sep 08, 2015 12:00 am
Following the announcement of the sale of its South Korean affiliate Homeplus for $6.1 billion, U.K.-based retailer Tesco is now evaluating options to sell off its Central and Eastern Europe businesses to reduce its debt.

According to an article published by Bloomberg, Tesco operates 1,110 stores in the region, which generate 6.45 billion pounds ($9.86 billion) of revenue, and is valued at 1.9 billion pounds.

It was earlier reported that Tesco will use the cash proceeds from the sale to reduce its net debt by 4.2 billion pounds. Bloomberg said this figure is only one-fifth of Tesco's total debt, and that is why the company is considering selling off more of its divisions.

In Central and Eastern Europe, Tesco has operations in Hungary, Poland, the Czech Republic, Slovakia and Turkey, however, the article noted Tesco will experience difficulties finding potential buyers in the area due to the region's economic conditions. German discount retailers like Aldi and Lidl have also challenged Tesco's business throughout Europe, while local discounters in Turkey such as BİM, A101 and Şok account for most of the market share. Tesco's Turkish affiliate, Tesco Kipa, which employs 7,000 people in 172 stores, failed to obtain the desired growth numbers against competitors like Migros and Carrefour since 2003.