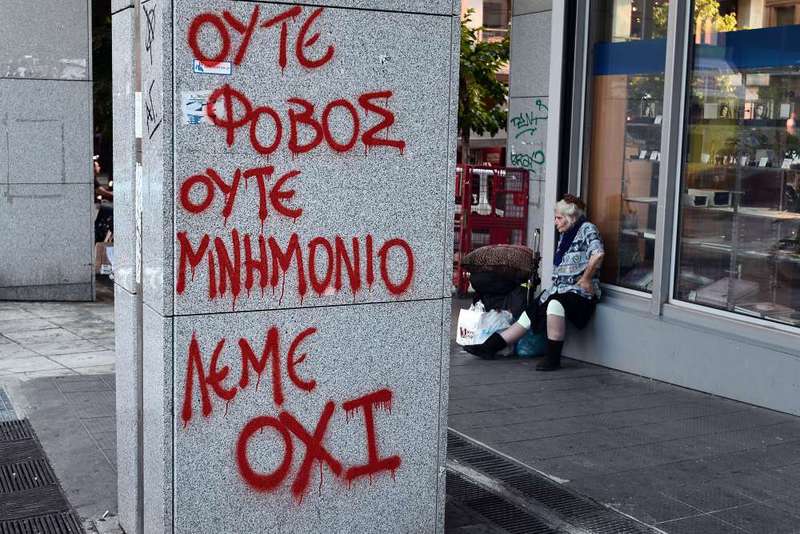 by Sep 10, 2015 12:00 am
With deflation entrenched, its industrial base shrinking and a tough new bailout to service, Greece's economy is heading for another fall with even those of its citizens lucky enough to be in work poorer than at any time since 2001.

Given that gloomy backdrop the main party leaders, campaigning for what looks certain to be close-run national elections on Sept. 20, have used the economy - which enjoyed a rare growth spurt in the first half of 2015 - solely as a political weapon. Alexis Tsipras, former prime minister and leader of leftist Syriza, has promised to fight to improve the terms of the third Greek bailout that he reluctantly agreed to in July and admitted will damage growth. His main opponent, conservative New Democracy's Vangelis Meimarakis, has blamed Tsipras for mismanaging the economy towards another recession, a tactic that has boosted his approval ratings at his rival's expense. But the two have been running neck-and-neck in polls - which suggests voters hold out little hope of an upturn in fortunes regardless of who wins.

"I don't see any relief in the short term, whatever the outcome," said Costas Mallatos, 42, who works in the claims department of an insurance company in Athens. "I will still be burdened with the taxes I've been paying but I am afraid unemployment will go up. Employers are trying to cut costs, that's life under the bailouts."

The economy grew 0.9 percent between April and June - the only full quarter in office for Tsipras's government - as consumer spending rose and exports edged up. But economists say GDP will soon go back into reverse. "We expect the economy to shrink (this year) by a bit less than 2.0 percent," Angelos Tsakanikas, economist at IOBE think tank said on Wednesday, after data yesterday showed industrial output fell for the second month running in July and August marked the 30th straight month of year-on-year deflation.