OECD: Turkey ranks third in growth among G20 in Q2 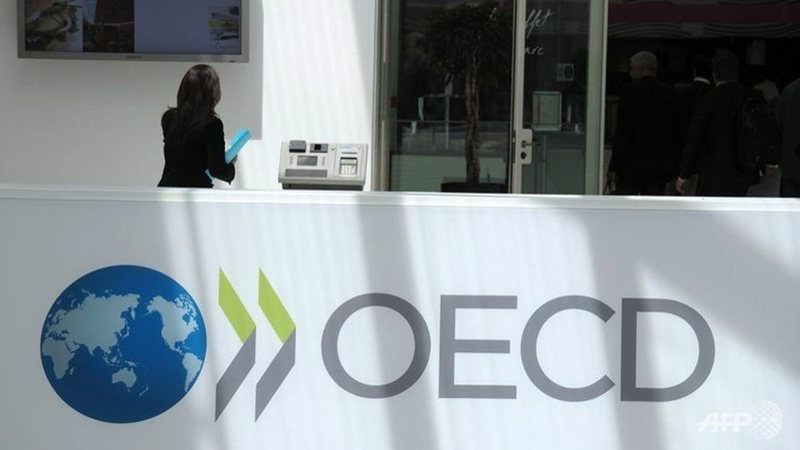 Despite ongoing turmoil in the surrounding region, economic crises in its exports markets, global shocks and domestic political instability, the economy performed better than the world's greatest economies

With 1.3 percent real gross domestic product (GDP) growth in the second quarter of 2015 compared with the previous quarter, the Turkish economy ranked third among G20 countries and outperformed the world's largest economies, according to an Organization for Economic Co-operation and Development (OECD) report released on Monday.

The average growth for G20 countries was announced at 0.7 percent, accounting for 85 percent of the world's economies. Despite the slowdown that shook the world economies, China still led the list with 1.7 percent growth in the second quarter of 2015 when compared with the previous quarter. Chinese GDP grew by 7 percent when compared with the second quarter of 2014, surpassed by the 7.2 percent growth of India in the same period. However, India was ranked second in terms of quarterly increase in 1.6 percent growth.

The U.S. economy grew by 0.9 percent in the second quarter compared to the first quarter of 2015, showing strong recovery signs as the OECD's previous data marked 0.2 percent growth for the world's largest economy. Meanwhile, Turkey was ranked third among all European countries with its 3.8 percent growth rate in the second quarter and ranked seventh throughout the world. Brazil stood at the bottom of the OECD's list with GDP decreasing by 1.9 percent. South Africa, Japan and Canada were other countries with respective negative growth rates of 0.3, 0.3 and 0.1 percent.
Last Update: Sep 16, 2015 5:44 pm
RELATED TOPICS