As Fed meets, decision on rate hike may be a toss-up 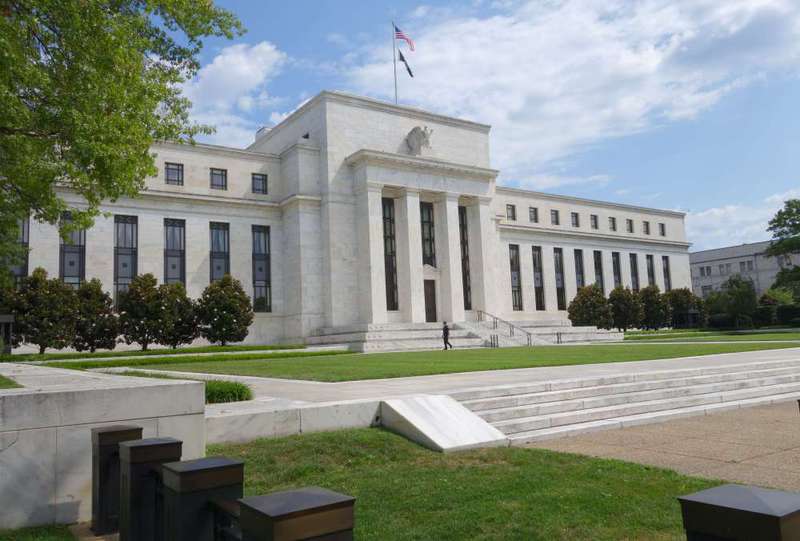 This Aug. 1, 2015 file photo shows the US Federal Reserve building in Washington, DC. Even if the Fed does raise its benchmark short-term rate, no one expects a sharp or rapid sequence of hikes.
by Associated Press Sep 17, 2015 12:00 am

Global markets eye the Fed meeting that will decide whether to increase interest rates with the help of the recovering U.S. economy. Experts, however, are not only concerned about its effect on developing countries, but the U.S. itself

Nine years after they last raised their benchmark interest rate and after months of feverish speculation, Federal Reserve policymakers this week may finally raise that rate from a record low near zero. Unless they don't.

Financial markets have been zigzagging with anxiety as investors have tried to divine whether the Fed will start phasing out the period of extraordinarily low borrowing rates it launched at a time of crisis in 2008. With the job market now considered essentially recovered from the Great Recession, many economists say it's time to start edging toward normal rates.

Others argue that many other factors from a sharply slowing China to the tumult in markets to persistently less-than-optimal inflation raise serious concerns. They say the Fed should wait, until later this year or even until 2016.

When the Fed announces its decision Thursday, followed by Chair Janet Yellen's news conference, no one is sure what to expect. Economists appear almost evenly split on the likelihood of a rate hike.

"It's kind of wild that we still don't know what they are going to do so close to the meeting," said Diane Swonk, chief economist at Mesirow Financial.

The anxiety gripping investors stems in part from concern that once the Fed starts raising its key rate, other rates for mortgages, car loans, business borrowing will eventually rise. Some fear the economy might suffer.

Yet the Fed's influence on many consumer and business rates is only indirect. In the short run at least, those rates could continue to stay low, held down by low inflation globally and by a flow of money into U.S Treasury.

Fed officials have stressed that once the central bank starts raising rates; the process will be extremely gradual. The Fed might pause for months after its first hike and assess the consequences before proceeding further.

Until turmoil struck markets this summer, a September rate hike seemed a lock. Then, China's surprise decision to devalue its currency ignited fears that the world's second-largest economy was weakening faster than assumed. Stocks tumbled.

At an economic conference last month in Jackson Hole, Wyoming, Fed officials sent mixed signals about this week's meeting. Some indicated they were ready to raise rates if markets had settled and if the economy kept improving. The unemployment rate reached a seven-year low of 5.1 percent in August, while job growth, though solid, slowed a bit.

In July, when Yellen delivered a midyear economic report to Congress, she reiterated that the Fed would likely raise rates before year's end. But she wasn't specific.

Swonk foresees no rate hike this week. She noted that a hallmark of the Fed is to move cautiously when facing risks.

"There is more to be lost by being wrong and moving too soon than waiting a few months to see if China is just a ripple in the global economy or the precursor of a bigger storm," Swonk said.

"A quarter-point won't mean much to the U.S. economy, but it could mean significant additional turbulence in emerging markets such as Brazil, Indonesia and India, which are already seeing sizable outflows of capital," Sohn said.

On the other side of the debate is Mark Zandi, chief economist at Moody's Analytics, who thinks the Fed will lift its rate by a quarter-point.

"Given that the economy is strong and rapidly approaching full employment, zero interest rates don't make a whole lot of sense," Zandi said. "The longer they wait, the more uncertainty and volatility they are creating in financial markets."

the likely gradual pace of rate hikes is that Fed officials want to make sure the new machinery they will deploy to control rates will work effectively.

Before the Great Recession, the Fed would control its federal funds rate the rate banks charge each other for overnight loans by adjusting how much money the banks held. To lower rates, the Fed would buy Treasurys held by the banks. And the banks would use the money they received to step up lending.

If the Fed wanted to raise short-term rates, it would sell Treasurys to the banks, thereby reducing the money the banks held and driving loan rates up.

But the entire bond buying the Fed did to cut rates left banks swimming in reserves. So the Fed needs other tools to influence rates. A key plan is to raise the interest the Fed pays banks on their reserves. The idea would be to set a floor on interest the banks charge their customers: Banks wouldn't be willing to lend at lower rates than they're receiving from the Fed. This could have the effect of reducing lending.

Yet economists generally say the effects of a series of small rate hikes will be negligible.

David Jones, an economist and Fed historian, thinks a 1 percentage point increase in the Fed's rate would cause the yield on the 10-year Treasury note to rise only to about 3 percent by the end of 2016, from 2.2 percent now. That would mean only slightly higher mortg

age rates not enough to derail the housing recovery.

The dollar, which has risen sharply in the past year, could also increase further, which could slow exports. American producers have already suffered a slowdown in exports from the dollar's strength and weakness in overseas markets.

modest rate has likely already been discounted by investors, they say.

"So long as the Fed doesn't send a signal that it is going to start moving rates up more aggressively, I don't expect any big changes in stocks, bonds or currency levels," Zandi said.
RELATED TOPICS