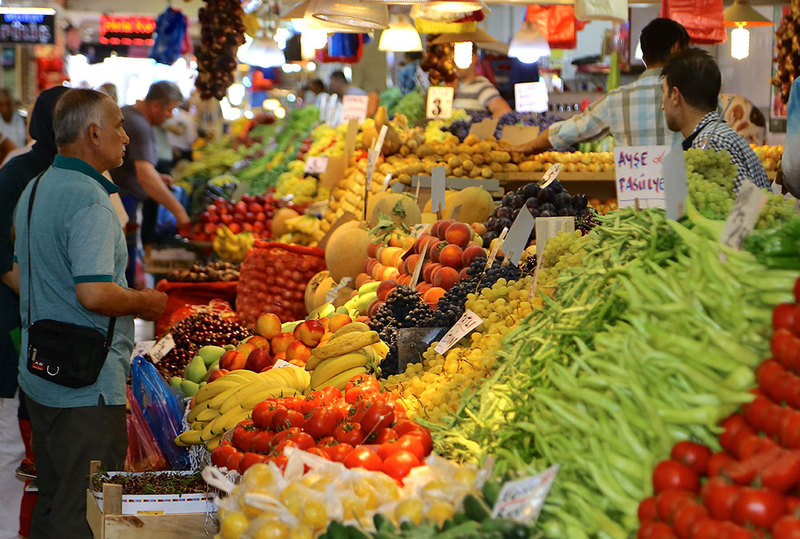 by daily sabah
Oct 05, 2015 12:00 am
Turkey's inflation increased by 7.5 percent in September when compared to the same month of the previous year, while the monthly increase was slightly above expectations at 0.89 percent, according to data released by the Turkish Statistical Institute (TurkStat) on Monday. Prices increased by 6.21 percent since last December as well as increased by 7.80 percent on a 12-month moving averages basis.

The highest monthly price increase was in the transportation and miscellaneous goods and services categories with 1.93 percent, followed by the food and non-alcoholic beverages category with 1.24 percent, furnishings and household equipment with 1.16 percent, food and non-alcoholic beverages with 1.31 percent and miscellaneous goods and services with 1.21 percent and recreation and culture with 1.16 percent.

The only monthly price decrease was in the clothing and footwear category with 2.76 percent. The highest annual price increase was announced in the hotel, cafe and restaurant category with 13.99 percent, followed by miscellaneous goods and services with 11.23 percent, food and non-alcoholic beverages with 10.73 percent, recreation and culture with 10.38 percent and furnishings and household equipment with 9.42 percent.

Geographically speaking, the highest monthly increase in prices occurred in the southeastern provinces of Şanlıurfa and Diyarbakır with 1.21 percent.