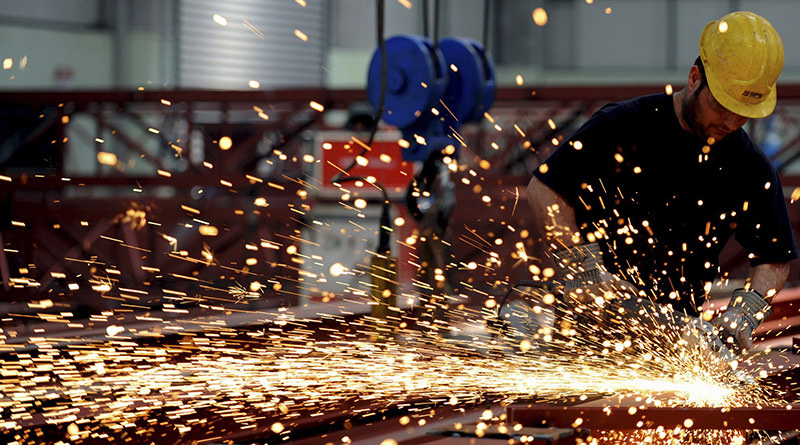 by daily sabah
Oct 08, 2015 12:00 am
Turkey's calendar adjusted industrial production increased by 7.2 percent in August compared to same month last year, while an increase of 2.9 percent took place when compared with July, according to the data released by Turkish Statistical Institute (TurkStat) on Thursday.

The largest increase in seasonally and calendar adjusted main industrial groupings was in durable consumer goods with 11.6 percent in August compared with the previous month.

In the subsectors of the manufacturing, the largest increase compared to July was in computer, electronic and optical products with 30.9 percent, followed by tobacco with 10.2 percent and electrical equipment by 9.6 percent.

Commenting on industrial production figures for August during a televised interview, interim Science, Industry and Technology Minister Fikri Işık said the figures are really pleasing and above expectations. "This increase is an indication of our booming and well-functioning economy despite pessimistic uncertainties prevailing over the globe," he said. Concerning the International Monetary Fund's (IMF) degradation of estimations about Turkey's growth, the minister said countries like Turkey should aim for high growth rates, and added: "Our growth rates have been experiencing slight slowdown over the past two years. We will make efforts to increase savings."
Last Update: Oct 08, 2015 7:07 pm