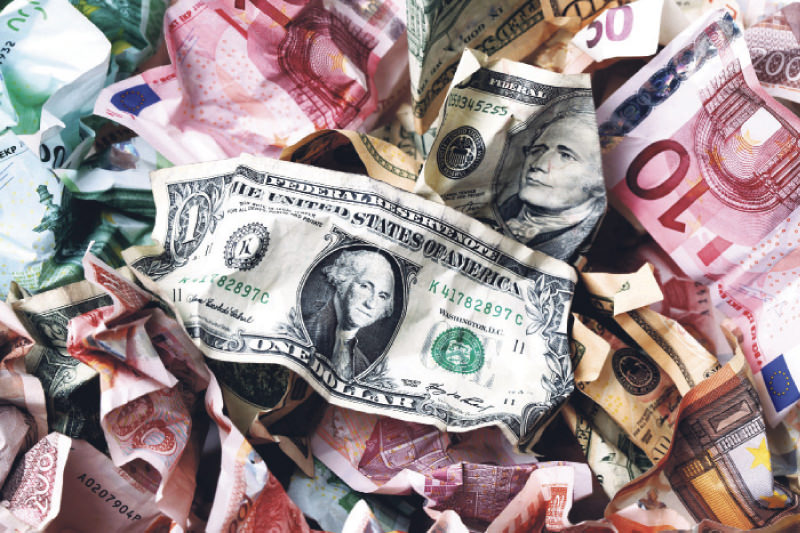 While the Bank of England and European Central Bank have adopted the same wait and see approach, the Central Bank of Republic of Turkey seems to preserve its financial health with its reserve data

The Bank of England has kept its main interest rate at a record-low 0.5 percent as policymakers remained wary about global economic uncertainty. Minutes released alongside the decision yesterday show that only one member of the nine-strong Monetary Policy Committee, Ian McCafferty, voted for an increase. The minutes to the Oct. 6 meeting cited his concerns over domestic cost pressures. With inflation at near-zero percent, policymakers have little incentive to raise rates even though the bank's target is 2 percent. Economists say the bank will follow the U.S. Federal Reserve's (Fed) lead when it comes to rates. The Fed is widely expected to raise rates in December. Capital Economics' chief U.K. economist Vicky Redwood said it "still seems unlikely" the Bank of England will raise rates before the second quarter of next year.

In line with Bank of England, the European Central Bank's (ECB) policymakers said they need more time in order to analyze the downside risks of growth and inflation in the region with 19 EU members. In other words, they are adopting the wait-and-see approach before they pass any decisions.

The summary of the ECB's monetary policy meeting on Sept. 2-3 noted that while consensus was reached on the increase of downside risks related with the inflation outlook, the board of directors decided that more time was needed to better comprehend the basic directing forces. The summary read: "The president resolved that it is early to determine whether the current developments have a permanent effect on the medium-term outlook."

The ECB is facing difficulties due to the negative effect of the economic stagnation in developing markets such as China and also from the decrease in global fuel oil prices. ECB Chairman Mario Draghi's press conference after last month's meeting had revived the expectations that the monetary expansion will be increased. The minutes of the meeting had said the liquidity injected into the eurozone as a policy measure of the EU was not distributed equally in the region and the effect of such liquidity on increasing demand and reviving economic transactions was relatively slow. The ECB further stressed that deducting results from short-term developments that are volatile might not be the best step to take.

On the other hand, when considering the Turkish case, there have been some developments relevant to the Central Bank of the Republic of Turkey (CBRT). Its foreign exchange reserves are currently around $99.9 billion as of the week that ended on Oct. 2, according to the weekly monetary and banking statistics. Total CBRT reserves have increased by $177 million to $118 billion while gross foreign exchange reserves increased by $368 million from $99.6 billion to $99.9 billion. Moreover, gold reserves of the CBRT decreased by $191 million from $18.3 billion to $18.1 billion on the week ending with Oct. 2.

The crucial point in terms of finance and for the Turkish banking sector in this kind of a global environment of uncertainty is the CBRT to maintain its foreign exchange reserves. As the Fed has yet to take a step to increase interest rates as expected, various currencies including the Turkish Lira have stopped depreciating against the dollar even for a short while. In turn, the CBRT should maintain its foreign exchange reserves in order to ensure a healthy financial and economic environment in Turkey.