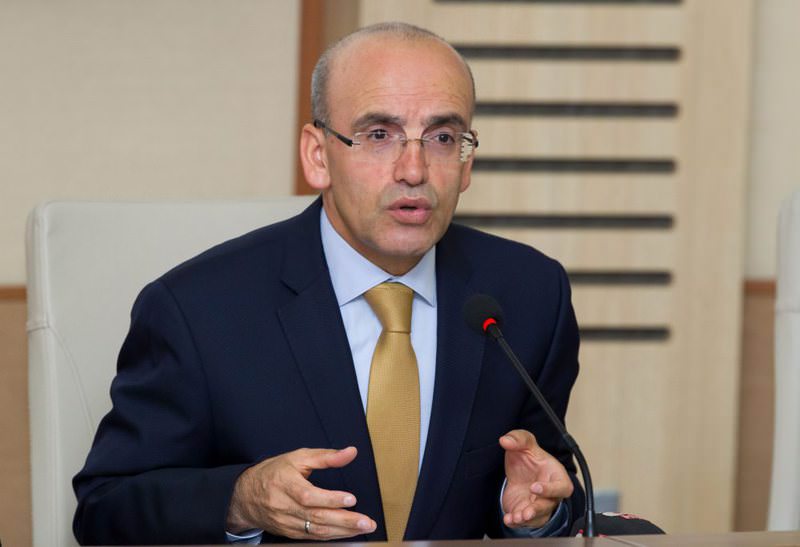 Speaking live to Turkish news channel A Haber on air, Şimşek said there are negative developments in the region and that Turkey is in the middle of various shocks and crises such as the economic crisis in Europe, the chaos in the Middle East and the Russian invasion of Crimea. "Such crises do not affect Brazil or Mexico in the same way they affect Turkey," Şimşek said.

The government released the revised version of the mid-term economic program on Sunday, which was more pessimistic than the original that was announced last year. It includes expectations for major figures like growth, unemployment rates and inflation. While growth for 2015 was expected to be 4 percent, it decreased to 3 percent in the new version.

Şimşek deemed the decrease of commodity prices would benefit Turkey, but as geopolitical tensions, wars and clashes seem to be worsening, such potential cannot be fully utilized. The Middle East and Russia's demand for Turkish goods also decreased as they were more deeply affected from such decreases.

Şimşek also objected to criticism about Turkey's Syria policy, the activist stance Turkey has taken and why Turkey accepted so many Syrian refugees. "While people may criticize Turkey's foreign policies on Syria, we do not have any involvement in the clashes in Yemen or the unstable political developments in Libya. This is a very unstable and unsettled region that is suffering from games played 100 years ago. However, Turkey is determined to become an inspiration with a comprehensive democracy based on rights and freedoms that do not allow any kind of discrimination," Şimşek said. He added that anyone resorting to violence in the Middle East has failed. He also criticized the PKK for doing the most damage to their fellow Kurdish citizens even though they claim to represent and fight for the Kurdish community. "Therefore, violence, ethno-nationalism and micro-nationalism end in disaster and have only caused more tears and bloodshed in our region," Şimşek said. He added that a more tolerant, democratic, liberal and pluralistic order is required immediately. "This is what the AK Party [Justice and Development Party] strives for," Şimşek said.

Şimşek deemed the 3 percent growth rate Turkey achieved - despite the problems surrounding the country - a success and said more than 7 million people, mostly youth, have been recruited since 2007 to help decrease the unemployment rate. The unemployment rate is currently still lower than the average in the European Union and unemployment is not a problem specific to Turkey, but has now become a global problem.

Şimşek also suggested that inflation in Turkey is mostly due to the depreciation of the lira and added that the political unrest that occurred after the June 7 general elections and the uncertainties surrounding the results of the upcoming Nov. 1 elections are also other burdens on the Turkish economy. "In these times when there are regional tensions, global economic problems, wars and clashes, political uncertainty is the biggest risk and threat in Turkey," Şimşek said and warned that a weak or coalition government would heighten these risks, and therefore what Turkey needs is a strong, single-party government and political stability.

Net effect of AK Party's pledges to the budget is TL 19.3 billion

The minister also announced that the net effect of the Justice and Development Party's (AK Party) additional campaign pledges for the general elections to take place on Nov. 1 is around TL 19.3 billion ($6.61 billion). The pledges mostly target increasing employment and investments, supporting craftsmen, decreasing input costs of farmers, ensuring lower inflation rates and supporting production. The AK Party also reserves almost half of this amount for improving the living conditions of the retired.

Further, according to Şimşek, all expenses except for personnel and investment expenses shall not be increased in proportion to the increase in national income but in proportion to inflation rates, therefore creating a new expenditure discipline. Also, Şimşek said that a new tax would be not levied nor would tax rates be increased. However, he added that with the new tax reform regulations currently being discussed, some tax privileges and exemptions will be cancelled; yet, as taxes will affect a larger number of tax payers, an increase will be achieved in tax revenues.
Last Update: Oct 13, 2015 3:53 am