World Bank raises its growth forecast for Turkey to 3.2 percent 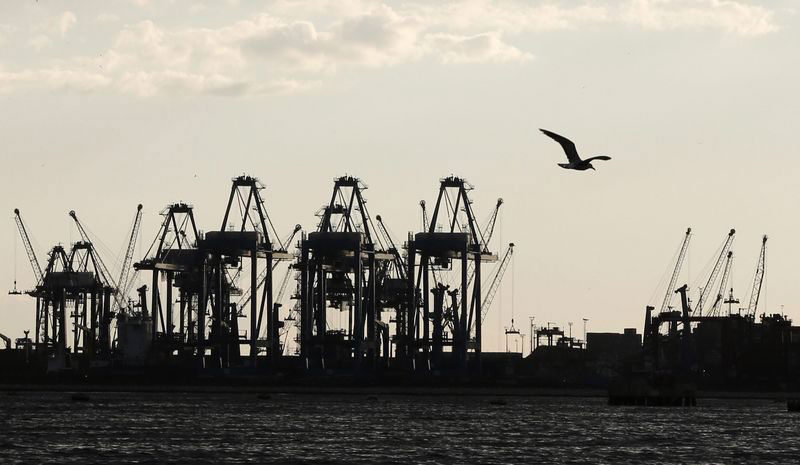 | File photo
by Daily Sabah with AA
Oct 13, 2015 12:00 am
The World Bank revised its growth estimates for Turkey for 2015, raising the growth forecast from 3 percent to 3.2 percent, while maintaining the estimate at 3.5 percent for 2016 and 2017, due to higher than expected growth in the second quarter according to the "Turkey Regular Economic Brief for October." The economy has grown 2.5 percent in the first quarter of the year, while recording a 3.8 percent increase in the second quarter. Meanwhile, the government decreased its growth forecast to 3 percent in the mid-term economic program.

Further, the World Bank revised the estimate for the current account deficit's percentage within Gross Domestic Product (GDP) from 4.6 percent to 5.5 percent due to the decrease in GDP – the denominator – as a result of the depreciation of the Turkish lira. According to the report, the deterioration in the deficit is mainly due to the weakness observed in trading partners plus the diminishing tourism revenues over the summer of 2015. It also stated that given the deterioration in the current account balance (gold and energy adjusted), the positive effect of the decreasing fuel oil prices are expected to be limited.

The seasonally adjusted GDP grew by 1.3 percent in the second quarter of 2015 according to the report. "Private and public consumption continued to lose momentum as expected but, private investment unexpectedly surged and became the main driver of growth - an indication that the private sector front-loaded investment spending before the June election or realized previously postponed investment, anticipating the elimination of uncertainties after the election," read the brief.

The brief predicted inflation rates will remain above the target of 7 percent as stated in the previous forecast; possibly around 7.5 percent due to rising food prices and the devaluation of the Turkish Lira. Food prices had started rising rapidly, pushing food inflation to 14.7 percent in September. Further, renewed currency depreciation pushed core inflation above 8 percent and its momentum above 10.5 percent. A steep increase in automobile prices caused by depreciation became the underlying reason of the significant increase in inflation in September – the 12-month inflation had climbed up to 7.9 percent in September.

Net financial inflows to Turkey had decreased since May 2013 and while the normalization of global monetary policies are pushing the costs up, the competition for foreign funds among developing countries is to become fiercer. "There is an urgent need for political stability and a return to implementing the structural reform agenda to restore investor confidence, address vulnerabilities and lift growth" said the brief and warned that without structural reforms, the economic activity is expected to slow down in the second half of 2015 and therefore, the current account deficit is unlikely to fall below 5.5 percent, especially given the current global environment.

According to the brief, while the economy increased in momentum with regards to creating employment, the rise in labor caused unemployment to increase.

It also underlined that political uncertainties and fluctuations in global finance markets has brought short-term capital inflows to a halt and as of the end of July, while the portfolio withdrawals within the last quarter gained momentum, due to the foreign borrowings of the banking sector and with the large amount of direct foreign investment inflow in July, long-term capital inflows had increased. The brief however said that while the extended finance terms improve the quality of financing, net inflows within the first seven months of the year were not adequate to meet the current account deficit. "In this term, while $2.5 billion withdrawn from the foreign Exchange reserves covered a part of the current account deficit, net errors and omissions had a surplus of $9.1 billion," read the Brief.
Last Update: Oct 13, 2015 5:17 pm