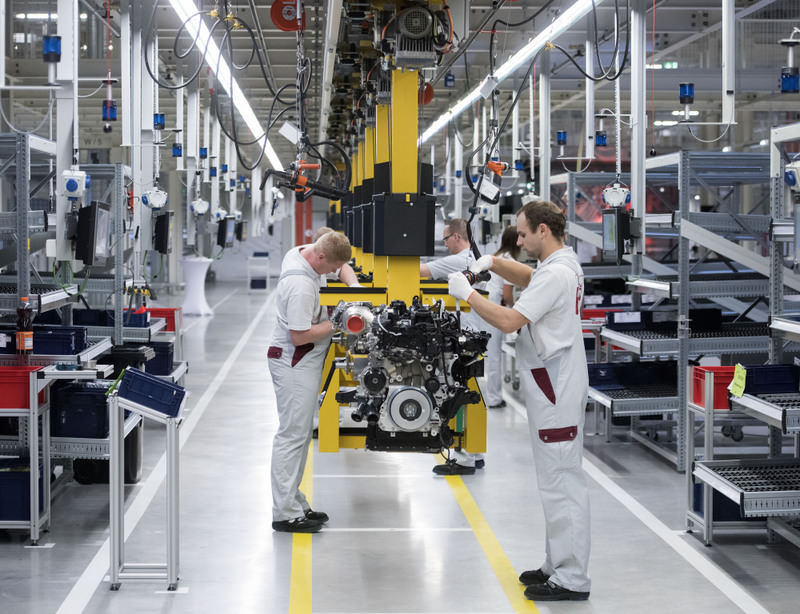 Economists underline that Turkey needs to focus on the second stage of economic reforms and to transfer a new production model to achieve higher growth rates.
by Daily Sabah Oct 27, 2015 12:00 am

Five months after the elections, Turkey attempts to establish political stability. While economists stress the urgency of structural economic reforms. The country needs a second stage of reforms to move to the high income bracket

After achieving an economic transition by jumping from the lower-middle income bracket to high-middle income bracket, which helped Turkey's income per capita to increase by 48.6 percent in the last 10 years, the country's businessmen and economists are now looking for a new phase in economic reforms. The country's income per capita is around $10,500, whereas the economic targets eye far higher levels. The government aims to reach $25,000 in income per capita by 2023, which is the 100th anniversary of the Turkish Republic. Although there have been disagreements on the best way to the top, all sides, including political parties, economists, global organizations and businessmen agree that the country needs structural reforms for the next jump.

The government had announced the second Package of Preferential Transformation Program before the general elections held on June 7. However, political instability didn't allow the process to start. This weekend, Turkish citizens will be voting for the next government. Ahead of elections, economists and business communities warn that structural reforms have to be put into practice immediately after the elections. They have underlined the urgency of putting through reforms concerning the transition to a new production and growth model with the legal system into practice with an agenda, which is admittedly supported by the politicians after the elections.

Economists say that the aforementioned reforms, which are postponed due to the elections, should be put into practice urgently and the agenda and all the details of the reforms that will produce short-term and long-term consequences should be shared with society and societal trust should be earned. Economists, who mention that the reform demands and support of the economic management that will be established after the elections are also important, state that one of the compulsory factors for the reforms is the fact that the U.S. Federal Reserve (Fed) will enter an interest rate hike process. Former Deputy Prime Minister and the Justice and Development Party (AK Party) Ankara Deputy Candidate Ali Babacan said that the new government will have a valuable 90-day period after the election and this process should be utilized with these reforms.

Transferring to a new production model

While answering the questions from Anadolu Agency, Boğaziçi University Economy Department Professor Doctor Burak Saltoğlu said that short-term and long-term reforms should be distinguished from each other and added that in the short term economic management and related urgent subjects may be handled.

"We should accept that we will transit to a new growth and production model and therefore the proper details and applications should be shared demonstratively," said Saltoğlu.

Saltoğlu stated that sharing the devotion and practicability for the reforms is the urgent matter, however there should not be high expectations of what the reforms can achieve within a year of the elections.

Saltoğlu said that getting results in subjects such as human resources and education may even take a generation. "We need reasoned stimulatory measures about the substitution of foreign inputs with domestic inputs. It is also important not to encourage consumption and to encourage investment, however the consequences may not be achieved immediately. Market expectation should not be simple and short term, such as an immediate decrease in the current deficit or growth in the economy right after the reforms. I believe that political support is necessary in order to take necessary precautions for a sustainable and qualified growth," he continued.

Legal reforms are the most urgent ones

Koç University Academic Member Assistant Professor Doctor Selva Demiralp said that legal reform is the most important item that should be put into practice urgently. "When the period, where the Fed's normalization period will start and the risk appetite for developing countries will decrease, is taken into consideration, the importance of foreign investments increases even more," said Demiralp.

Rate levels serve neither to inflation nor for growth

"Rates are not high enough to decrease inflation and not low enough to support growth. The only way out of this spiral is to take big steps to make changes in our import-dependent production structure. Only then will the effect of rate transitivity on inflation decrease," said Demiralp. She said that governmental expenditures for the structural reforms may support the growth since it is not possible for the Central Bank of the Republic of Turkey (CBRT) to decrease rates because of global pressures and added that only with such a combination (tight money policy and loose fiscal policy) this high inflation-low growth spiral may be avoided.

Next 90 days after the election are at a premium

Babacan underlined that the potential growth of Turkey is directly associated with the country's reform capacity. Babacan expressed that the purpose of the reforms is to increase potential growth and therefore the 90 days after the elections are extremely important and are of premium value for the new government. Babacan said that the government must take action in the first 90 days or else "we will have to wait for the 2019 elections" and added, "We must take action rapidly on reforms about subjects such as labor markets, product markets, fighting against corruption, competition and transparency. We have to make the necessary enforcements about the codes of conduct in the first few weeks of Parliament; or else this practice is adopted."
RELATED TOPICS