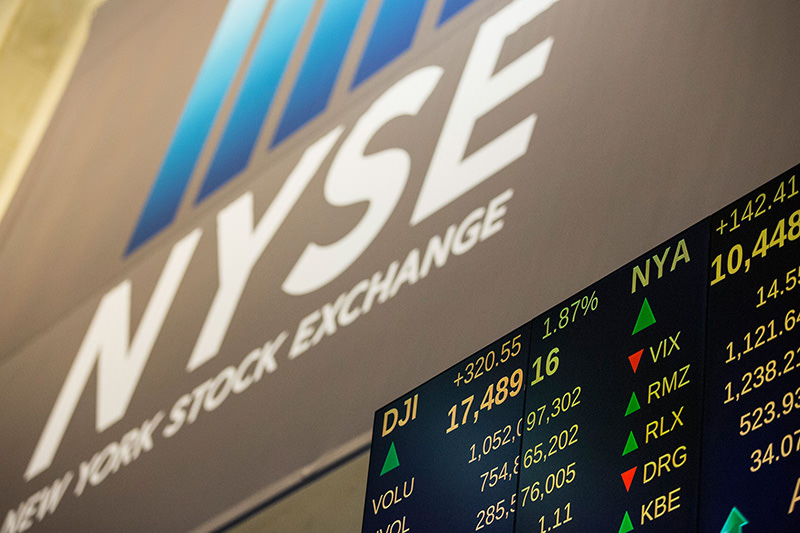 A screen displays stock prices on the floor of the New York Stock Exchange during the afternoon of October 22, 2015 in New York City (AFP Photo)
by daily sabah
Nov 04, 2015 12:00 am
Prominent economists in the United States have raised concern over the status of the U.S. economy and markets, alarming that a recession may be ahead.

Nobel Prize-winning economist Robert Shiller, said he saw a picture reminiscent of the year 2000 technology bubble in the U.S. markets.

The investment adviser, Marc Faber, who is nicknamed the Doctor Resurrection, also said that the bubble once again created by central banks by increasing asset prices would burst.

The dot-com bubble refers to the historic speculative bubble which began in 1997 and peaked at 2000 during which stock markets in the U.S. and other industrialized nations saw a rapid increase in their equity value from growth in the Internet and related sectors.

The U.S. economy also faced the subprime mortgage crisis, which began in late 2007 and lasted until June 2009. During the crisis, the housing bubble created had collapsed as a result of the fall in prices of housing-related assets.