Zeybekci: 2016 will be the year the economy takes off 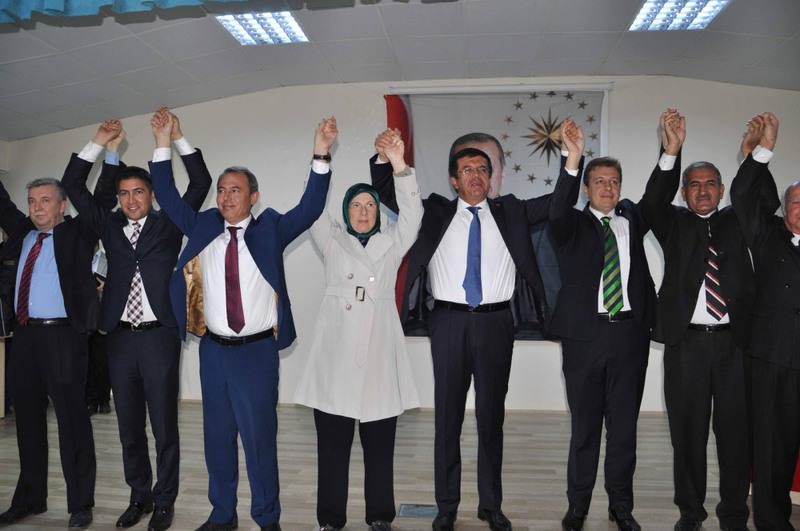 Saying that the nation prefers political stability and a safe environment, Zeybekci said Turkey will lure more investors, and inflation and trade deficit data will be more satisfying over the next year

Interim Economy Minister Nihat Zeybekci said the future looks bright for the economy since the elections on Nov. 1, which not only eased the problems being faced, but also promised a predictable and reliable Turkey, administered by experienced officials, based on strong political stability over the next four years.

Underlining that the nation chose a "strong single-party rule" in the elections because it prefers stability, Zeybekci said Turkey and democracy are the real winners of the elections. When it became certain that single-party rule was ensured, the concerns about the economy gradually started disappearing, as evident by the Turkish lira rebounding with the strongest rise against the dollar and euro since 2008.

After the elections, the Borsa Istanbul stock exchange rose as well, with the BIST 100 index increasing more than 5 percent on Nov. 2. Zeybekci stressed that this trend is to continue in the near future as Turkey will continue its growth and increase its production, exports, employment levels and investments. "2016 will be the year the economy takes off," Zeybekci added.

Zeybekci emphasized that the appreciation of the Turkish lira and the pressure of foreign exchange rates on inflation rates will decrease and the government is expecting interest rates to drop, which would make Turkey a more appealing country to invest in.Highlighting that foreign direct investments, which are proof of the trust of foreign investors in the economy, had increased by 35.5 percent within the first eight months of the year, Zeybekci said the ministry will continue to take solid steps against eliminating structural problems in the economy. Moreover, public investments will not be suspended. "We will expedite our efforts to become integrated into the global economy with the strong support we received from the public. The implementation and initiation of all investment and consumption decisions, which were delayed due to the risk of political instability, will ensure stronger, faster growth. The growth rate, expected to increase to 5 percent in the coming years, will not be a surprise for Turkey," Zeybekci said. He added that with the growth rates achieved, they will create higher employment capacities and higher labor force participation rates, which in the end will improve unemployment rates. Furthermore, the regional incentive system applied since 2012 will be improved, ensuring an increase in investments, according to the Economy Ministry's program. Zeybekci said with improvements in exports and with the positive contribution of net exports to growth, growth based on exports will become a stable trend.

The decrease in the foreign trade deficit is expected to continue and accelerate until the end of the year and with the elimination of the base effect of the regression in the parity, exports are expected to increase in 2016. However, Zeybekci said the increase in exports depends on the growth in the target markets and the demand in related countries along with Turkey's performance.

With the addition of the surplus in invisible trade items, net exports from free industry zones and suitcase trading, the rate of exports meeting imports is expected to hit a record high, according to Zeybekci.

He also underlined that they are expecting the international credit agencies, which have been mainly focusing on the country's political instability and using it as an excuse not to increase Turkey's rating, will gradually raise Turkey's credit rating in line with the improvements observed in the economy. "We have to become an active country in the new global economy map being drawn, not a passive country," Zeybekci said. He also stressed that the nation has provided the energy, power and strength needed to ensure its progress at the elections. "With this power and energy, we will continue to strive to improve our country and economy," Zeybekci concluded.