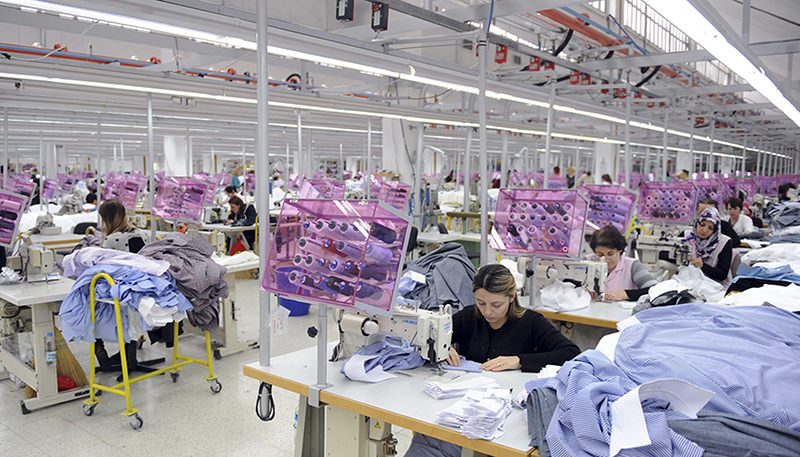 In an interview with Anadolu Agency, S&P credit analyst Aarti Sakhuja said: "Increasing the minimum wage could boost domestic demand, increasing household income, and so it would have an effect on tax revenues."

The ruling Justice and Development party (AK Party), which won enough seats in the Turkish parliament to form a single-party government, promised, prior to the Nov.1 election, to hike the minimum wage to 1,300 Turkish lira ($446) per month from current minimum wage of 1,000 ( $343).

Currently, around 5 million people in Turkey are minimum wage workers, while businesses that sign collective bargaining agreements establish "base wage" negotiations according to the level of the minimum wage.

According to Sakhuja, the new government will have the chance to enact further structural reforms, which have been previously outlined in the past, and which specifically address increasing economic growth and reducing the current account balance.

"If you look at the prospective reforms, for example, increasing the minimum wage, incentivizing household savings and reforms related to the participation of women in labor market, these all have a supply side effect, thus increasing Turkish economic growth. And, at the same time, such reforms can move the economy away from the dependence on external financing to more organic financing, generating income. If these are indeed implemented, we would see this as a credit positive" Sakhuja said.

Commenting on the country's election result, Sakhuja said: "The fact that there is no need to form a coalition government, and that there will not be several months of negotiations to form a government as we saw in June, we maintain that short-term political uncertainty won't be an economic factor, but, at the same time, some of the uncertainties we look at will still take some time to resolve."

"There are still uncertainties," she continued, "as in who will be appointed to key ministries, and what the policy stance is likely to be, how reform-oriented this government will be, and some other important factors such as whether the mandate of the central bank will be refocused from the current inflation target to a more growth-oriented focus."

According to Sakhuja, the hike could potentially be of risk for Turkey,

The combination of tighter liquidity conditions and slower growth -- not just through the channel of an increased interest rate, but also a reduction in the channel of inflows of capital from abroad that Turkey is dependent on, could lead to an outflow of funds from Turkey. Given Turkey's reliance of external financing, given its relatively weak fundamentals in this respect, we think that, with Fed tightening, Turkey is one of the countries at risk with tightening global liquidity conditions," Sakhuja explained.