PM Davutoğlu’s Senior Economic Advisor says, ‘The next 4 years will be a reformation period’ for Turkey 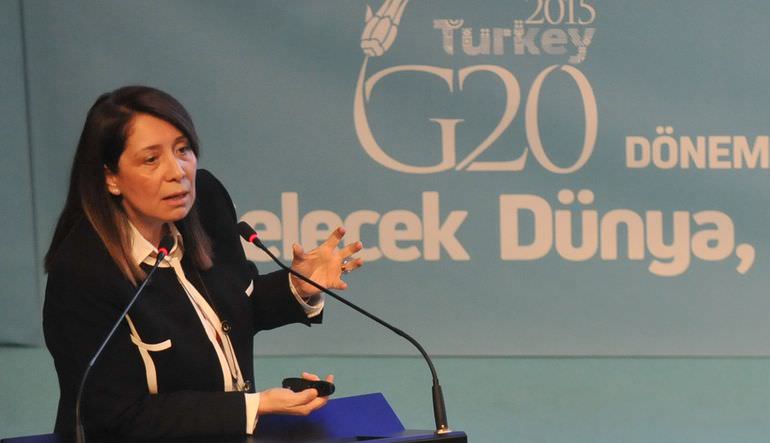 by Ismail Hasan Bulur
Nov 13, 2015 12:00 am
Prime Minister Ahmet Davutoğlu's Senior Economic Advisor, Professor Dr. Emine Nur Günay stated, "It is not correct to just speak about economic stability at this point. Because if you do not have proper functioning law and order then economic stability is mired down, and the same is done to political stability. Accordingly, we will carry into effect the forthcoming four years with a perspective that covers all dimensions, God willing."

The senior advisor made the statement to an Anadolu News Agency reporter one day after confirming she attended a 6 hour 30 minute meeting with Prime Minister Davutoğlu and prominent figures in the business world.

"The next four years will be a reformation period," PM Davutoğlu's Senior Economic Advisor Günay made the statement as Turkey is preparing to host the G20 Summit in Antalya where thirty-five groups including the European Union, 20 countries and various international organizations, will come together during the summit.