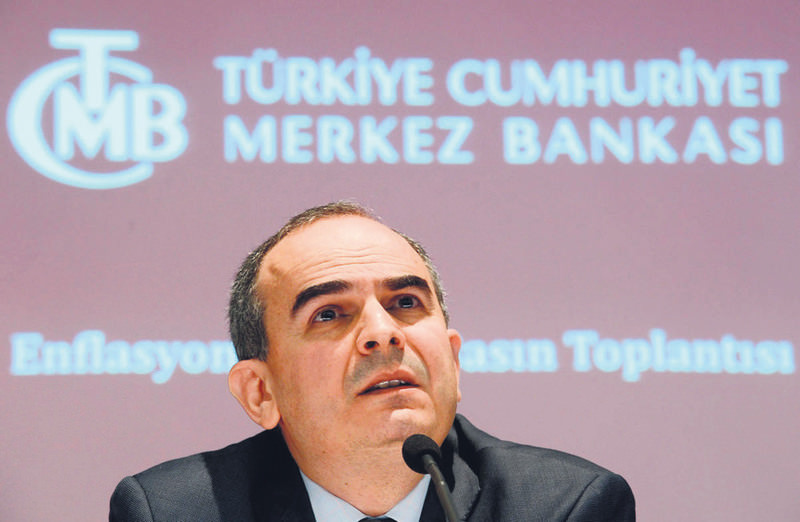 by Daily Sabah Nov 21, 2015 12:00 am
The year-end inflation expectation increased to 8.36 percent from 8.25 percent in November compared to the previous month while the year-end TL/dollar exchange rateand current account deficit expectations declined to 2.9256 and $37.4 billion, respectively, according to the expectation polls of November 2015 prepared by the Central Bank of Republic of Turkey (CBRT) with the participation of 79 experts and professionals from financial and real sectors.

Moreover, the poll indicates that for the next 12 months, the inflation expectation has been revised to an anticipated 7.42 percent, which is higher than the forecasted 7.34 percent of the previous period. For the next 24 months, the projected inflation rate has been lowered to 6.84 percent from 6.88 percent. Also, the year-end expectations for the TL/dollar exchange ratefell to 2.9256 from 2.9943 and for the next 12 months, the expectations have fallen from 3.12 to 3.0741, compared to the forecast for the previous period. As the U.S. Federal Reserve (Fed) started making clearer statements regarding interest rate hikes, which are planned to be initially slight, the uncertainty in global markets has lessened, enhancing investors' appetite for risk regarding assets held in other currencies. As a result, this is reflected in projections for the TL/dollar parity, which was slightly above 2.84 at the closing of Thursday's session. It fell below 2.82 near the end of Friday's session.

Economists do not expect any change in interest rates, according to Anadolu Agency's finance poll, called the Monetary Policy Committee Expectation Poll. They forecast that the Central Bank of the Republic of Turkey (CBRT) will hold rates in its monetary policy committee meeting on Nov. 24. All of the 14 economists in the poll agree that the CBRT will not change its policy rate, which is the interest rate of the one-week repurchase agreement. In its meeting in the previous month the CBRT held rates steady, leaving its benchmark one-week repo and overnight borrowing rates at 7.5 percent and 7.25 percent, respectively. The bank also kept the marginal funding rate steady at 10.25 percent. The CBRT has not changed any key rates since February in line with remarks from CBRT Governor Erdem Başçı, who has said: "We will not change rates until the Fed takes a concrete step."
RELATED TOPICS