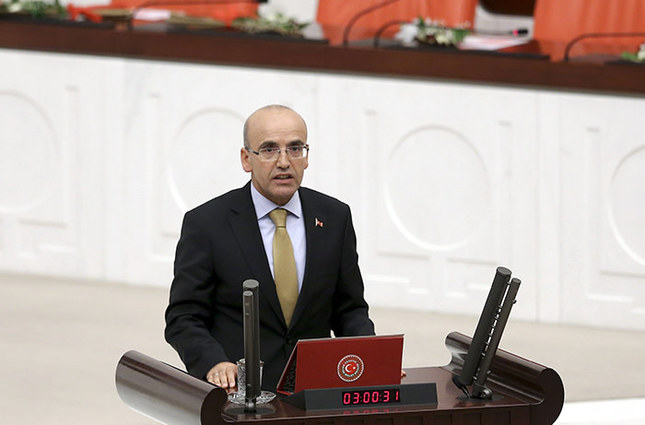 There will be no change in the independent status of the Turkish central bank, Deputy Prime Minister in charge of the economy Mehmet Şimşek said in a tweet on Wednesday.

A minor change in the definition of the role of the Central Bank of the Republic of Turkey in the new government's program, announced on Wednesday, had spurred reports that it could lead to limits on the banks independence.

In the previous government program, the definition of the role of the bank read: "The central bank will continue to independently employ monetary policy and monetary policy instruments to ensure price stability."

Şimşek however, affirmed the bank's independence. Simsek said that the bank would continue to use monetary policy instruments independently to accomplish its mandate of ensuring price stability.

The main task of the central bank is to ensure price stability. It will continue to independently employ monetary policy tools," he said.

The Turkish lira lost ground against the dollar shortly after the government's announcement, with the lira rising to 2.9046 in morning trading from 2.8852 in less than an hour.

After Şimşek's tweet, the lira recovered half of its losses against dollar, trading close to 2.8930.