Turkey well off in 2016 thanks to political stability and reforms, Deputy PM Şimşek says 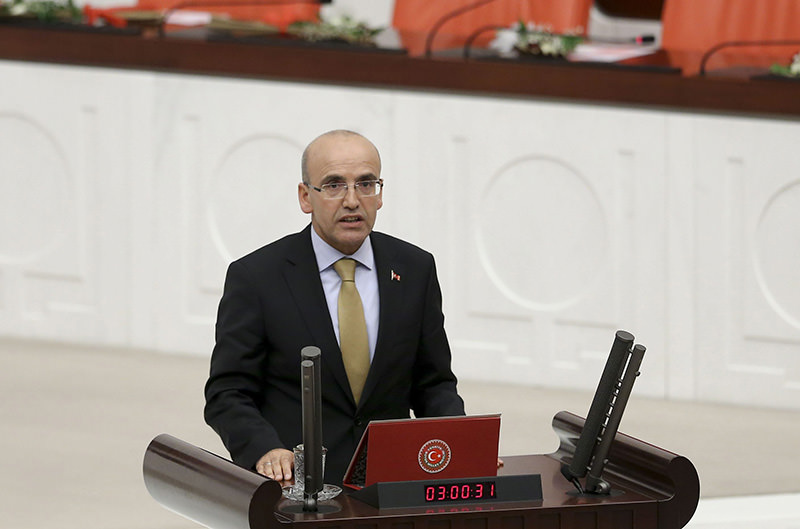 | AA photo
by Daily Sabah Dec 07, 2015 12:00 am
Deputy PM Mehmet Şimşek said on Monday that in spite of Turkey being exposed to a "very difficult geopolitical atmosphere" and the persisting global crisis, the country will do relatively well in 2016 compared to other developing countries, thanks to political stability and reforms.

Former Finance Minister Şimşek, who is in charge of the economy in the new cabinet named by Prime Minister Ahmet Davutoğlu on Nov. 24, told private broadcaster NTV, "Brazil will shrink by 3 to 4 percent [in 2015], Russia is shrinking, meaning there is no powerful growth in developing economies of the world," whereas Turkey is among the top five fastest growing economies in Europe. He said that he forecasted a GDP growth rate of 1.5 times higher in Turkey than developing economies, except in China and India.

"It is very probably that Turkey will grow by 4 percent or above that in 2016, despite the Fed increasing the interest rate, China's economic rebalancing act, and all the chaos around us," Şimşek said.

However, if it was not for the recent political tensions with Russia, the current account deficit would have gone below 4 percent, according to Şimşek.

The current tension between the two countries will likely shave 0.3-0.4 percent off Turkey's annual output, Şimşek said, adding that a worst-case scenario of "zero relations" with Russia would cost Turkey about $9 billion. He, however, suggested that Turkey people "be at ease", since the government has already taken "compensative", "structural" precautions.

"Since we do not want to escalate this crisis and believe that at this stage problems can be overcome through dialogue, we do not dwell into further details regarding this issue. But, I do not see a scenario of zero-relations [with Russia]", Şimşek said.

Russia's sanctions include a ban on the import of some Turkish foods and a halt on sales of holiday packages.

Şimsek said that the number of Russian tourists visiting Turkey and construction contracts with Russian companies had also significantly reduced. "There are 603,000 fewer (Russian) tourists," he said.

Şimsek also said that the government may take "remedial steps" on plans to increase the minimum wage, although it would not be prepared to shoulder the entire cost of the hike.

The Turkish Air Force shot down the Russian aircraft that violated Turkish airspace on Nov. 24 after giving 10 warnings. The Turkish military later released a statement, saying that the nationality of the downed warplane was unknown during the warnings. But, since then ties between the two countries have been strained.
Last Update: Dec 07, 2015 9:58 pm
RELATED TOPICS