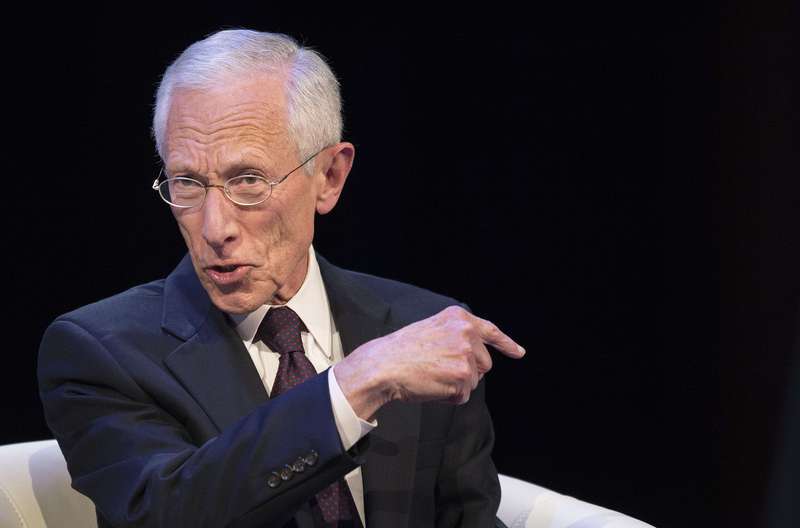 by Daily Sabah with AP Jan 06, 2016 12:00 am
Fed Vice Chairman Stanley Fischer said Wednesday that the possibility of four interest rate increases this year are "numbers in the ballpark" of what the central bank will likely do, adding "we don't know enough now to know how many there will be."

"The reason we meet eight times a year is because things happen, and as they happen you want to adjust your policy," he said.

Fischer's remarks come three weeks after the Fed raised interest rates for the first time in almost a decade. But despite the Fed's unanimous vote to raise a key interest rate last month, some policymakers viewed their decision as a "close call" because of stubbornly low inflation.

The Fed boosted the rate by a quarter point to a new range of 0.25 percent to 0.5 percent in December. It had been at a record low near zero for the past seven years.

The minutes revealed the delicate balancing act Fed Chair Janet Yellen faces between members who are still concerned that the recovery from the Great Recession remains fragile with too-low inflation and others who have been pushing for some time to start raising rates out of concern that waiting longer would run the risk to inflating dangerous asset bubbles.

The minutes said that Fed officials believed it was appropriate to begin raising rates in December because of the "substantial progress" that had been made in the job market. Unemployment in December stood at a seven-year low of 5 percent.

Policymakers said they were "reasonably confident" that inflation would eventually move to the Fed's 2 percent target. At the same time, they expressed significant concerns that it may remain stuck at low levels, particularly because of further declines in oil prices.

Some officials worried that if the Fed waited longer to raise rates, it could face the prospect of tightening rates too abruptly and disrupting economic activity.

Many private economists believe the central bank will raise rates three or four times in 2016 with some expecting one quarter-point move at every other meeting. The Fed meets eight times a year.

Chris Rupkey, chief financial economist at MUFG Union Bank in New York, said he was still expecting a rate hike of a quarter-point, or 25 basis points, at the Fed's March meeting.

"Nothing in the minutes suggests that 'gradual' does not mean 100 basis points per year for rate hikes," Rupkey said.

The minutes did not mention a specific number of rate hikes. Instead, they used the word "gradual" to underscore their view that rate hikes will likely unfold slowly.

"Participants saw several reasons why a gradual removal of policy accommodation would likely be appropriate," the minutes said.

Among the reasons cited: A slow pace for rate hikes would keep interest rates mild enough to further boost the labor market. The gains would then exert upward pressure on inflation, which has stayed below the Fed's goal of 2 percent for more than three years.

Gradual rate hikes would also give the Fed time to assess how the economy was adjusting to the rate increase. A "cautious approach" to rate increases would also minimize any risks that the Fed would encounter in the event of an unforeseen economic shock.
The Fed next meets on Jan. 26-27.