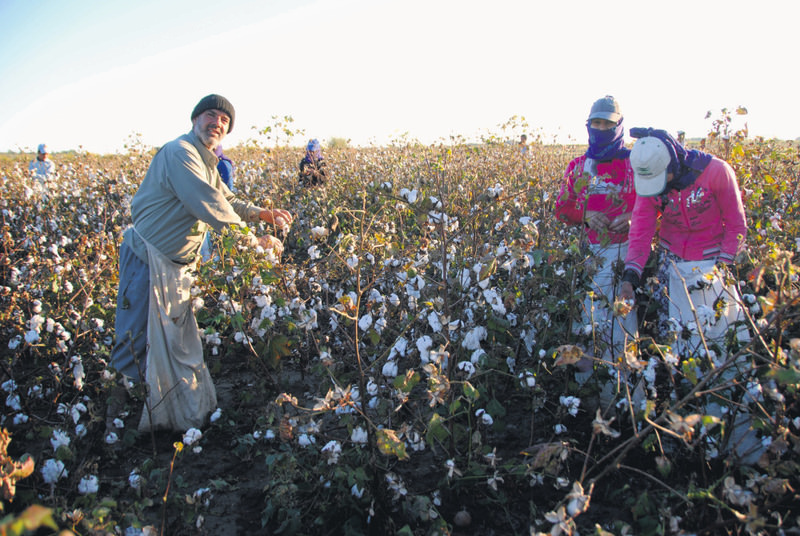 by reuters Jan 08, 2016 12:00 am
Sitting in the bare office above his factory where thousands of baby rattles and plastic bottles are cranked out every hour, Saad Chouihna believes that if you can make it in Turkey, you can make it anywhere.

"The Turkish market is the hardest," said the 28-year-old Syrian from the city of Aleppo, bemoaning the tangled bureaucracy, cut-throat competition and a business culture that depends on long-term relationships.

But armed with knowledge of Turkish and the local culture, Chouihna is finding his way. He has opened a branch of his family's plastics business in the southeastern city of Gaziantep, where the many Syrian restaurants and Arabic signs in some districts bear witness to the proximity of the border and the growing Syrian population.

His firm is one of nearly 2,000 set up by Syrians in Turkey in the almost five years since their homeland descended into civil war. A quarter of a million people have been killed since then and millions more displaced, with Turkey now home to 2.2 million Syrians, the world's largest refugee population.

"Our business is plastic - that's what we know," Chouihna said. "But the established companies here have the contacts and experience locally so as a new company here it is really hard to get contacts or get contracts from big medical companies, for example. A lot of them don't even come to the phone."

But Chouihna, who has a wife and baby daughter, said he saw "no difference between me and a Turkish company" because he employs Turks as well as Syrians and pays his taxes.

In November Ankara promised to help stem the flow of refugees trying to reach Europe in return for $3.2 billion in aid and renewed talks on joining the European Union.

Moreover, Ankara has spent more than $8.5 billion on feeding and housing Syrian refugees since the start of the war.

Echoing concerns voiced in other countries about the flow of refugees, lower-income Turks fear that Syrians, including the estimated 250,000 now working illegally in Turkey, will undercut them and take their jobs. But data suggests Syrians such as Chouihna are a boost for the Turkish economy.

According to TOBB, an umbrella body for local chambers of commerce, more than 1,000 companies were established in Turkey with at least one Syrian partner in the first seven months of 2015, compared with 30 in 2010, before the start of the war.

Although there is no estimate yet of the increase in output from these firms, economists say they have boosted trade with Syria in parts of Turkey where instability and violence in border areas have dented trade with neighbors.

In Gaziantep, new buildings have sprung up beside the city's medieval fortress and old market thanks to modern investments and economic incentives offered by the government which have helped it become an economic hub and the most industrialized city in Turkey's south.

Chouihna exports to Egypt, Lebanon, Romania, Tunisia and Yemen and does some trade in Turkey. He also sells his products in Syria, helping Turkey's exports to its neighbor get back close to their pre-war levels.

Turkish exports to Syria dipped in 2011 and 2012, but have recovered significantly. In the first 10 months of 2015, Turkey exported $1.3 billion in goods and services there, according to the Turkish Statistical Institute, compared to less than half a billion in 2012.
RELATED TOPICS