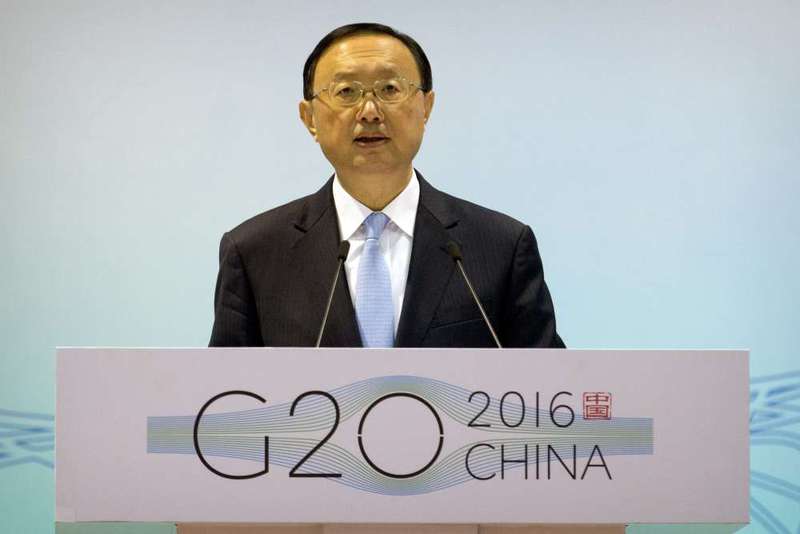 by French Press Agency - AFP Jan 15, 2016 12:00 am
China's top diplomat warned yesterday that a new global financial crisis was possible as markets suffer a painful rout at the start of the year, partly over fears of turmoil in the world's second-largest economy.

"It is not possible to completely discard the possibility that an economic crisis could once again take place, and the problem should not be neglected," said State Councillor Yang Jiechi. "We live in an era of constant changes and intense transformations," he added. "The opportunities are unprecedented, and so are the challenges."

Speaking at a meeting of G20 representatives in Beijing in the run-up to September's summit in the eastern city of Hangzhou, Yang recalled how the forum's members had worked together to bolster confidence following the global crisis of 2008.

The G20 "resolutely opposes" protectionism, he added. Asian stock markets resumed their slide Thursday as the Shanghai and Shenzhen bourses opened sharply lower following a sell-off on Wall Street as worries about the Chinese economy persist.

By the break, the benchmark Shanghai Composite Index had slid 1.09 percent, to a level lower than the depths of the mid-2015 market rout. Yang's remarks came a day after official data showed China's 2015 two-way trade, a pillar of the world economy, had fallen 8 percent year-on-year to $3.96 trillion. The figure was far below the government's target of 6 percent growth.

Gyrations and interventions in the domestic stock market, along with unexpected depreciations in the yuan, have undermined confidence in Chinese authorities' ability to follow through on reforms needed to shift the economy away from reliance on exports and investments towards consumer spending. But Yang insisted: "China's economy will maintain an overall trend of sustainable and stable growth." China logged its worst economic performance since the global financial crisis in the third quarter of 2015, with gross domestic product (GDP) rising just 6.9 percent - its lowest rate in six years. Official data on fourth-quarter and annual growth is due to be released next week.
RELATED TOPICS