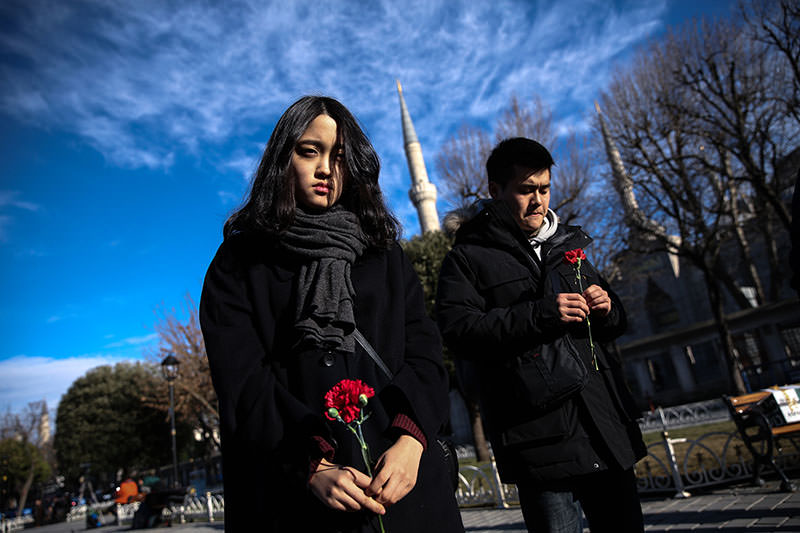 "The real target was Turkey and the Turkish economy," he said in an interview with German newspaper Die Welt. "The suicide bomber was a Syrian with links to Daesh."

He claimed the initial findings of the investigation had determined the attack, which has been linked to Daesh but not claimed by the group, was not aimed specifically at Germany.

"Daesh is the biggest threat for us," Şimşek said, pointing to previous attacks linked to the group such as October's twin suicide bombing in Ankara that killed 103 peace supporters.

Şimşek dismissed criticisms in the Western media that Turkey had not taken combating Daesh seriously and said security forces had stepped up operations against the group recently.

"Just last week we had arrested two other terrorists in Ankara, who were also planning suicide attacks," he said.

"No one can argue that we are doing nothing."

Turkey asks Berlin to step up military involvement in Syria

Şimşek has also touched upon Germany's involvement in Syria during his interview, saying: "If Germany and others want to stop the influx of refugees, they must stop the bombings by Syrian and Russian forces against the Syrian opposition."

"The origin of terror in Syria is the chaos on the ground, which was caused by the Syrian regime's refusal to authorise democratic reform and the existence of an opposition," he said.

Regarding the migrant crisis, Şimşek said that Turkey was "already doing a lot."

Turkey, which shares a border with war-torn Syria, is a key player in the current record migrant influx to Europe, with EU countries seeking Ankara's help to stem the flow.

"We are building a fence all along the Syrian frontier. The first 150 kilometres (95 miles) will be ready in March, but we need a coordinated strategy with our partners," the minister said.

"Right now, we are giving refugees work permits. That will stop a lot of people from travelling to Europe but also places a heavy burden on our labor market," he told Die Welt.

"Including the Iraqis, we count 2.5 million refugees in our country and in certain cities, there are more refugees than Turks."
Last Update: Jan 17, 2016 12:32 pm
RELATED TOPICS